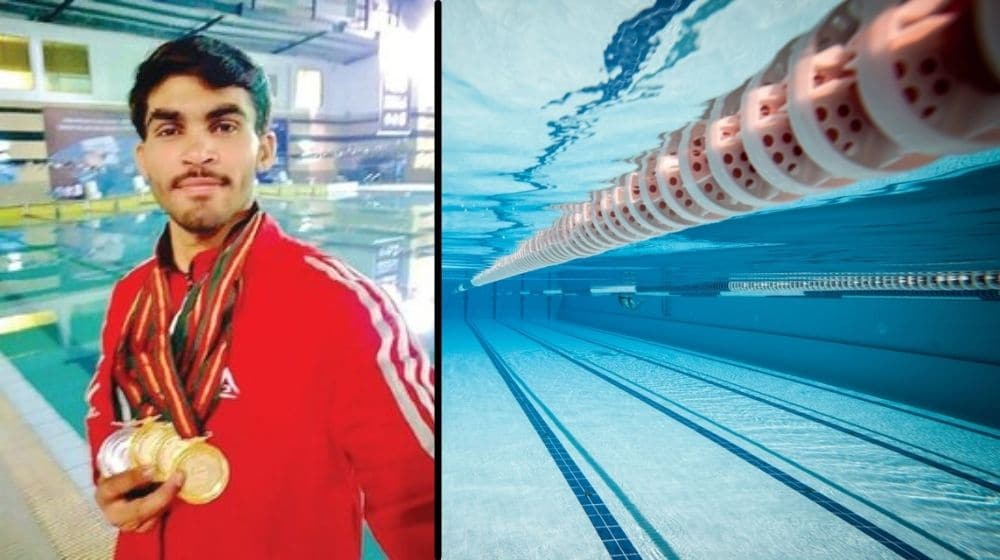 Mohammad Ghulam Mustafa Awan, a record-holding Pakistani swimmer was shot down near his house in Dhoke Faryal in the jurisdiction of Jatli police station on Tuesday. The elite swimmer was the current holder of the national record in men’s 200 breaststroke, a record he set in 2019.

The 23-year old’s body was found 22 feet from his house half an hour after he left his house. According to details, the assailants fled the scene and no arrests have been made as of yet. The police are said the be investigating the cold-blooded murder.

City Police Officer, DIG Sajid Kiani, is said to be leading the investigation as he has ordered his teams to gather all the required information to proceed with the case. Mustafa Awan’s body was shifted to a nearby hospital for medical-related inquiries.

The swimmer represented Pakistan Army at the 2019 National Games in Islamabad where he won three gold medals and one silver medal including a record-breaking performance in the breaststroke competition.