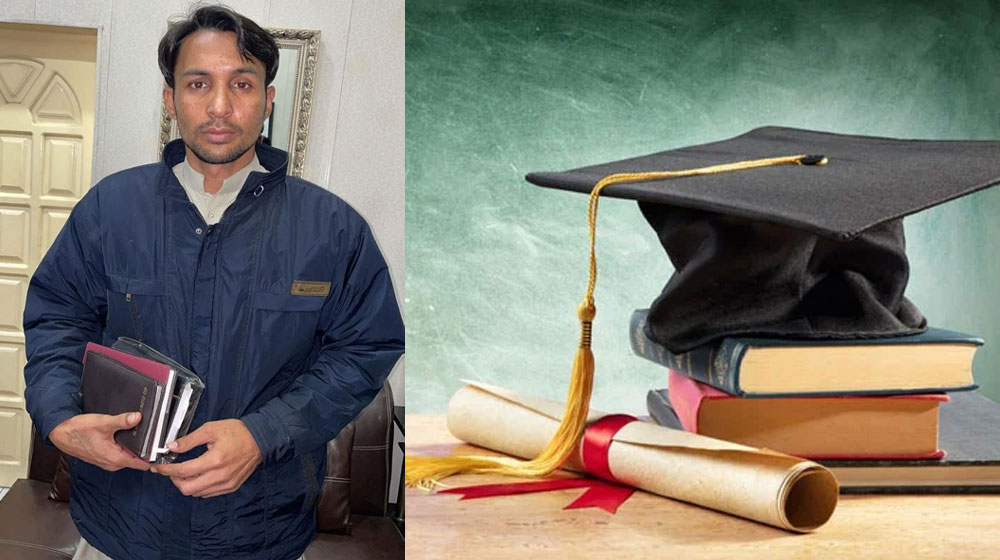 A murder convict in Karachi Central Jail has received an Rs. 1 million scholarship after scoring over 86 percent marks in the intermediate examinations as a private candidate.

Naeem Shah, who has been imprisoned for 11 years, received 954 marks out of 1,100 in intermediate examinations with 86.73 percentage. 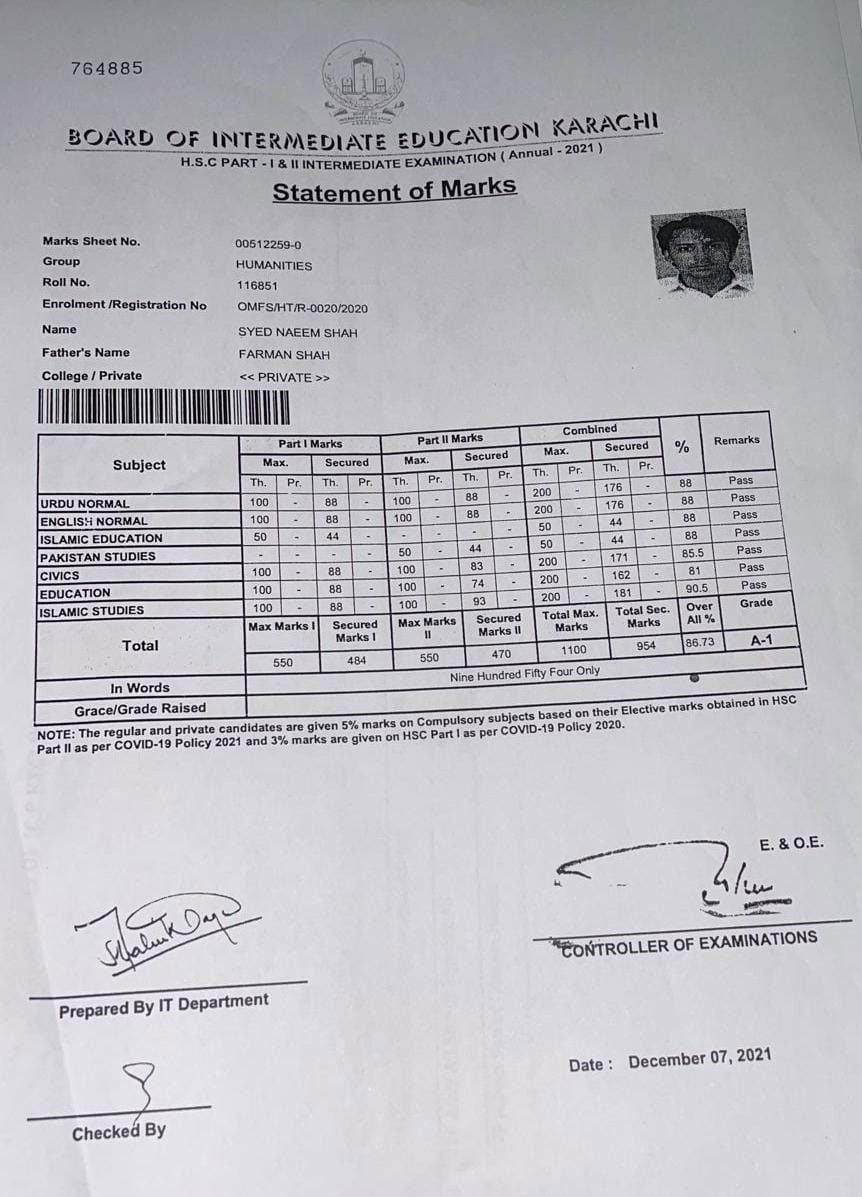 Impressed with his achievement, the Chartered Accountants of Pakistan (ICAP) has offered Rs. 1 million scholarship to Naeem, who plans to pursue a degree in chartered accountancy.

Shah, who was sentenced to 20 years in 2010, has been allowed to pursue higher studies upon maintaining a good moral demeanor, the management of the Karachi Central Jail told media.

“While in prison, he resumed his studies,” Senior Superintendent of Central Jail, Muhammad Hassan Sehto, said. “He took his matriculation exam and then intermediate exam, got excellent marks, and secured a place in top 20 students,” he said.

After his intermediate results, Shah applied for an ICAP internship, which was granted, given his outstanding academic performance. 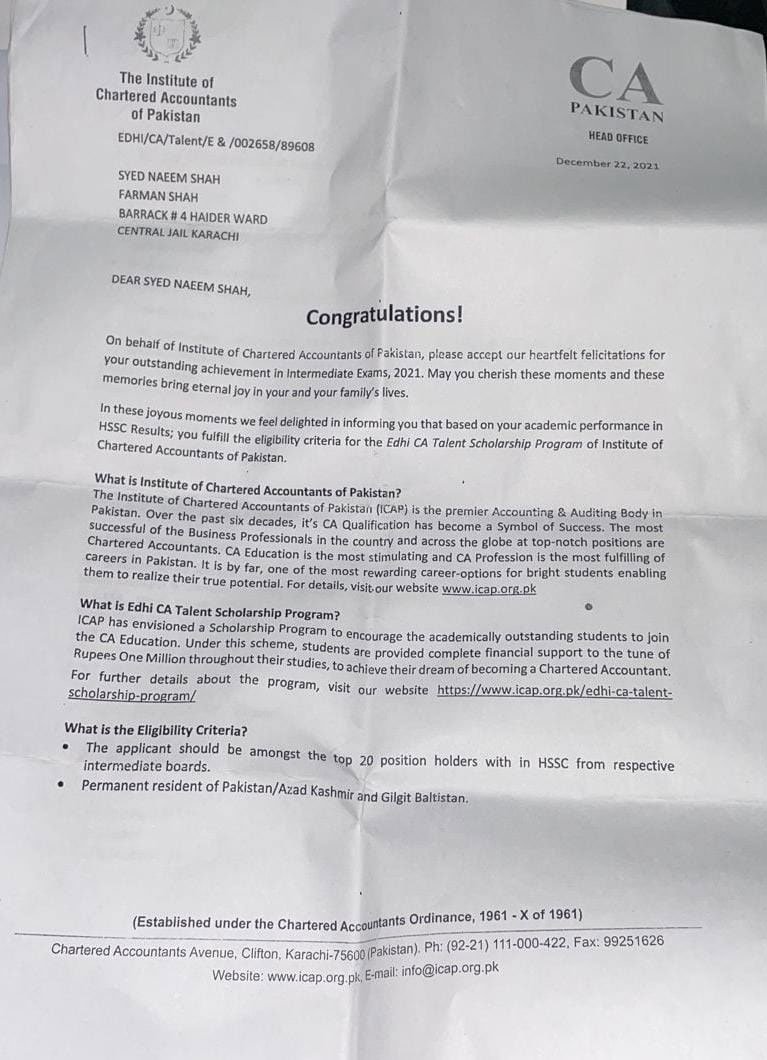 “Letters were exchanged, and the ICAP stated that Shah was eligible for the scholarship program. He has been given a scholarship of Rs. 1 million,” the superintendent informed.

Sehto said that Naeem showed good behavior and spent most of his time studying. “Jail authorities too encouraged him and provided him with all possible help for studies,” the official added.