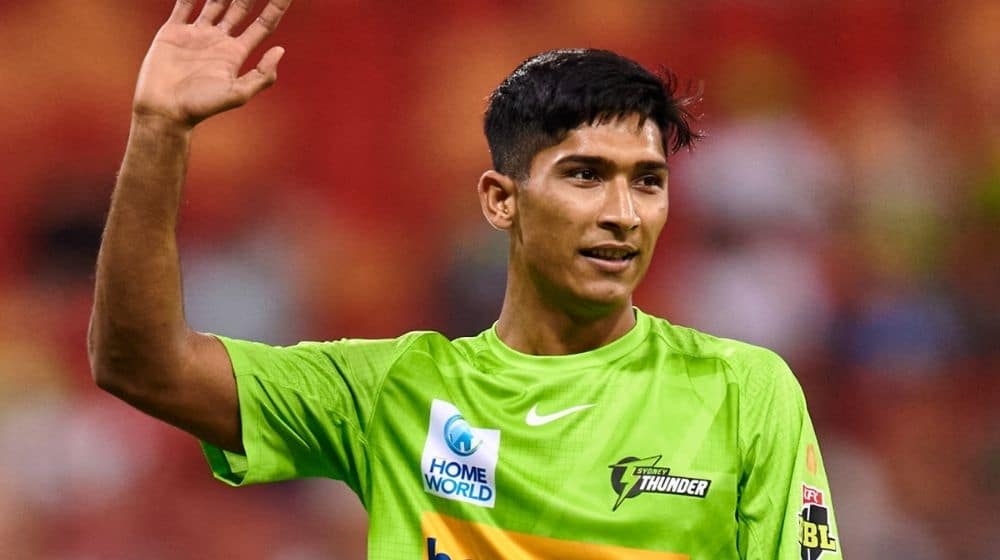 Bayliss said that Hasnain’s pace and the ability to bowl a great yorker will bring him success in T20 cricket anywhere in the world.

The 21-year old was brilliant for Sydney Thunder in the five matches he played in the tournament. The young pacer picked up 7 wickets at an average of 15.71 and an exceptional economy rate of 6.00 in the 5 matches he played. Hasnain’s best performance in the competition came on his debut as he bowled a maiden and picked up three wickets in his first over.

Bayliss showered praises on Hasnain and believes that he has all the tools to succeed at the international level. Bayliss added that he is hopeful that Hasnain will be picked in Pakistan’s squad the next time they tour Australia.

“He brought a bit of pace, even though he’s only a young guy he brought his international experience with him”, Bayliss stated.

“I’m sure Muhammad is hoping he tours Australia at some later date with Pakistan; obviously he’d come here with some experience of playing in Australian conditions,” he added.

Hasnain’s short stint at the BBL ended as the Pakistan Cricket Board (PCB) recalled all the players back in order to prepare for the upcoming seventh edition of the Pakistan Super League (PSL). Hasnain will once again don the purple jersey of Quetta Gladiators in the upcoming mega event. The tournament is scheduled to commence on 27 January at National Stadium Karachi.