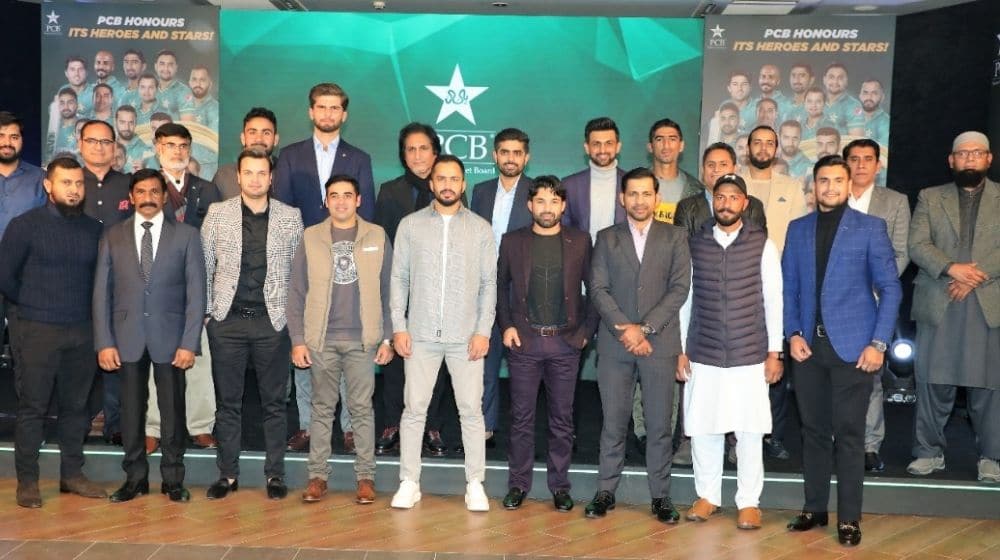 One noticeable absentee was former all-rounder Mohammad Hafeez, who was a regular member of Pakistan’s limited-overs setup throughout 2021 and was also a part of Pakistan’s 2021 T20 World Cup squad.

Hafeez recently announced his retirement from all forms of international cricket and maintained that it was a personal decision. However, the cricketing fraternity believes he has decided to hang up his boots because of his differences with Ramiz Raja. His absence at the ceremony reiterated the speculation as the fraternity highlighted it on social media once again.

Nonetheless, the veteran all-rounder cleared the air and stated that he is in Karachi and couldn’t travel to Lahore on short notice. He claimed that he was informed about the ceremony two days ago and was unable to make immediate travel arrangements. He added that he is currently training in Karachi for the upcoming seventh edition of the Pakistan Super League (PSL).

Hafeez will represent Lahore Qalandars in PSL 7 and will be seen in action in Lahore’s first match of the campaign against Multan Sultans on 29 January.