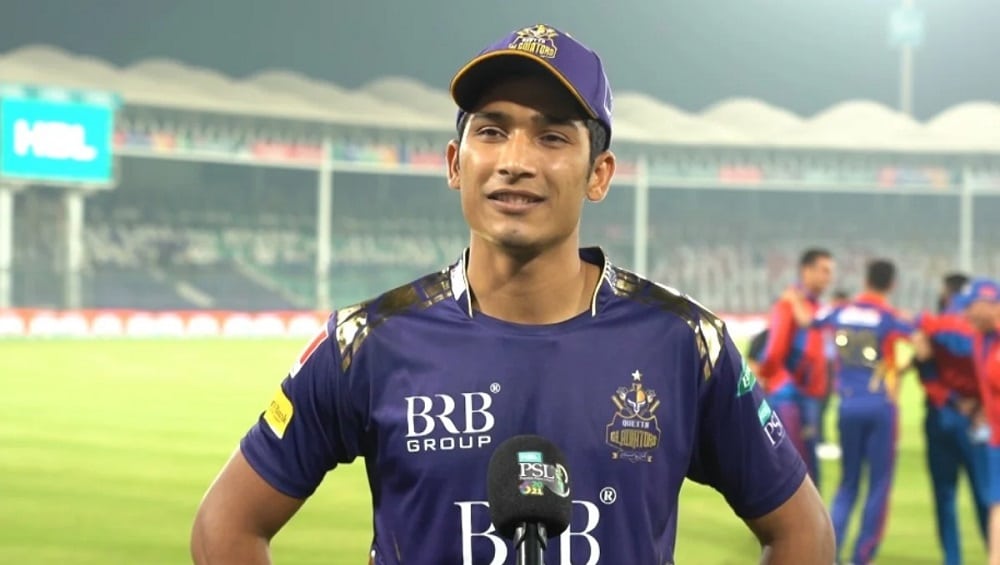 Quetta Gladiators’ right-arm fast bowler, Mohammad Hasnain will feature in the upcoming edition of the Pakistan Super League (PSL) despite having his action reported for being illegal by the umpires in Australia’s Big Bash League (BBL).

According to details, the 21-year-old appeared in a bowling action test in an International Cricket Council-accredited biomechanics laboratory in Lahore on Tuesday.

The test was initially scheduled in Australia on 19 January. But, since the bowler was set to return to Pakistan before 19 January, both Pakistan Cricket Board (PCB) and Cricket Australia (CA) decided to conduct the test upon his return to the country on 18 January.

Irrespective of the decision of CA, Mohammad Hasnain will be able to play in domestic competition under Article 11.5 of the ICC regulations for bowlers reported with suspected bowling actions.

The provision states that:

The National Cricket Federation may (but shall be under no obligation to) permit the player to continue to bowl in their own domestic competitions.

Hasnain made his BBL debut with Sydney Thunder. He picked up 7 wickets at an average of 15.71 at an economy rate of 6.00 in the 5 matches he played in the tournament. He was unplayable on his debut as he bowled a maiden and picked up three wickets in his first over in the competition.

During a match between Sydney Thunder and Adelaide Strikers on January 2, umpires Gerard Abood and Simon Lightbody reported the action of the 21-year-old fiery pacer after the opposition captain accused him of chucking.

Hasnain made his PSL debut in the league’s fourth edition when he was picked by Quetta Gladiators. The bowler was instrumental in Gladiators’ only PSL triumph. Since his debut in PSL, he has picked up 36 wickets at an average of 21.94 and a strike rate of 15.4, with 4/25 being his best bowling figures.

Check out the PSL 2022 schedule here.