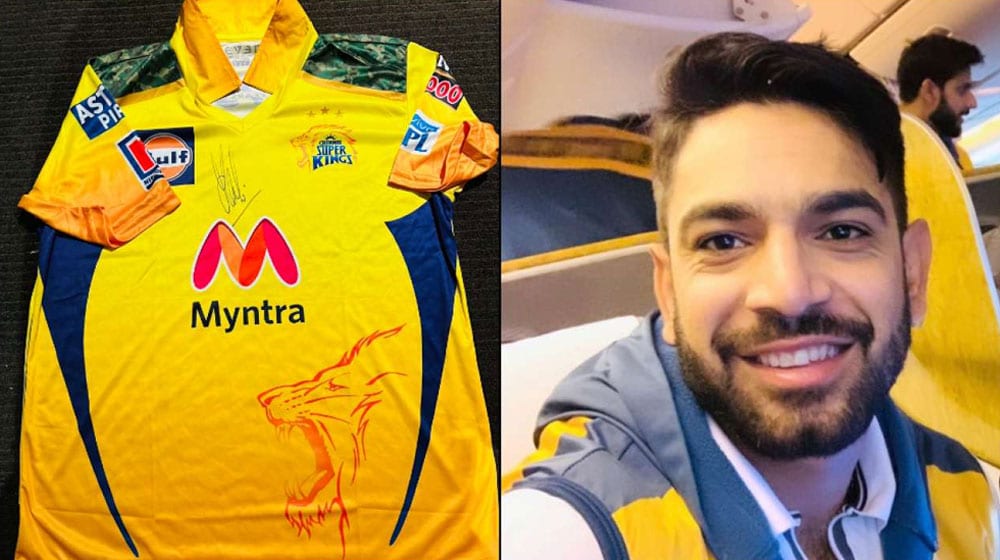 In an interview with a news channel, Haris said that he has always been a fan of MS Dhoni and learns from his ways and discipline on the field.

“My first interaction with the Indian Cricket Team was in 2019 when I was in Sydney. It was the first time I personally met Dhoni. We met again during the T20 World Cup, and that was when I requested him for his shirt,” Haris said.

Dhoni promised that he will provide it no matter where he was, Rauf told, adding that when he was in Australia for Big Bash League (BBL), Dhoni sent his IPL team manager, Russell Radhakrishnan, all the way to Australia to deliver him the “gift.”

Love From Across the Border

On 7 January, the cricketer took to Twitter to thank MS Dhoni for his kind gesture and expressed delight at receiving the jersey from one of his favorite players.

“The legend and captain cool, MS Dhoni has honored me with this beautiful gift. The ‘number 7’ is still winning hearts through his kind and goodwill gesture,” Haris had tweeted.

The legend & capt cool @msdhoni has honored me with this beautiful gift his shirt. The "7" still winning hearts through his kind & goodwill gestures. @russcsk specially Thank you so much for kind support. pic.twitter.com/XYpSNKj2Ia

He also tagged CSK team manager, Russell Radhakrishnan, in the tweet and thanked him for the support.

His tweet went viral and received over 69,000 likes and 6,900 retweets as the cricketing fans from both countries appreciated the gesture and the respect between the two cricketers.