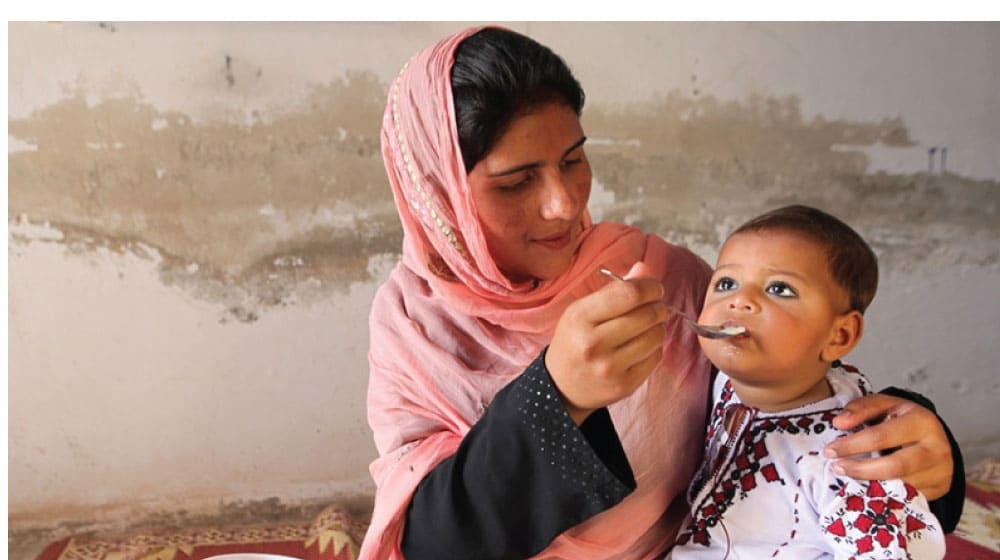 The Ministry of National Health Services and Regulations, (MoNHSR) has revealed that a shocking 53.7% of children under five years of age have anemia, while 40.2% of children suffer from stunting under the age of five.

In a startling revelation in the upper house of the Parliament, the ministry told that the government does not have any latest data on the children suffering from Anemia and Stunting in the country.

The ministry informed the house that the National Nutrition Survey (NNS) only covers anemia and stunting figures of children under the age of 5. Statistics for children aged 6 to 10 are not available with the Ministry of Health.

The ministry acknowledged that Pakistani children and mothers are suffering from malnutrition which is the main reason for higher numbers of anemic and stunted children. These stats are higher in the regional countries except for Afghanistan.

The ministry also informed the house that the government has launched a project to address developmental impediments due to malnutrition. The project was approved by the Planning Commission on May 24, 2021, but ironically the funds were not released and the ministry of health could not start the project.

The ministry of health said that the PC-I was launched for women and children in 67 districts of the country, and would be implemented as soon as the funds are released.