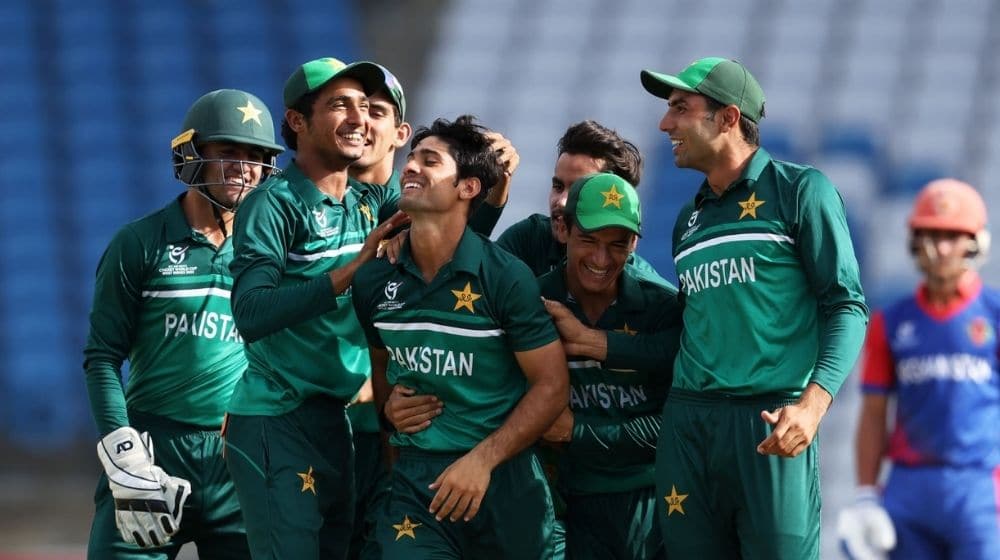 Pakistan had won the toss and elected to bat first in batting friendly conditions at the Brian Lara Cricket Academy in Tarouba. Pakistan posted 239/9 in their innings with Abdul Faseeh top scoring with 68 runs. Faseeh was ably supported by Qasim Akram and Maaz Sadaqat who made vital contributions to the scoreboard.

In reply, Afghanistan could only manage 215/9 in their 50 overs as Pakistan’s bowling attack restricted the run-flow and picked up wickets at regular intervals. Pacer Awais Ali was once again the pick of the bowlers as he picked up 3 wickets for 36 runs in 9 overs. Captain, Qasim Akram chipped in with 2 wickets as Pakistan won the match.

This was Pakistan’s second consecutive victory in the competition as they previously defeated Zimbabwe in their opening match of the competition. Pakistan will face Papua New Guinea in their last group game on 22 January before their quarter-final.

Assuming Pakistan finish at the top of their group, they will face one of Sri Lanka, West Indies or Australia in the quarter-final which will be played on 28 January at Sir Vivian Richards Cricket Ground.