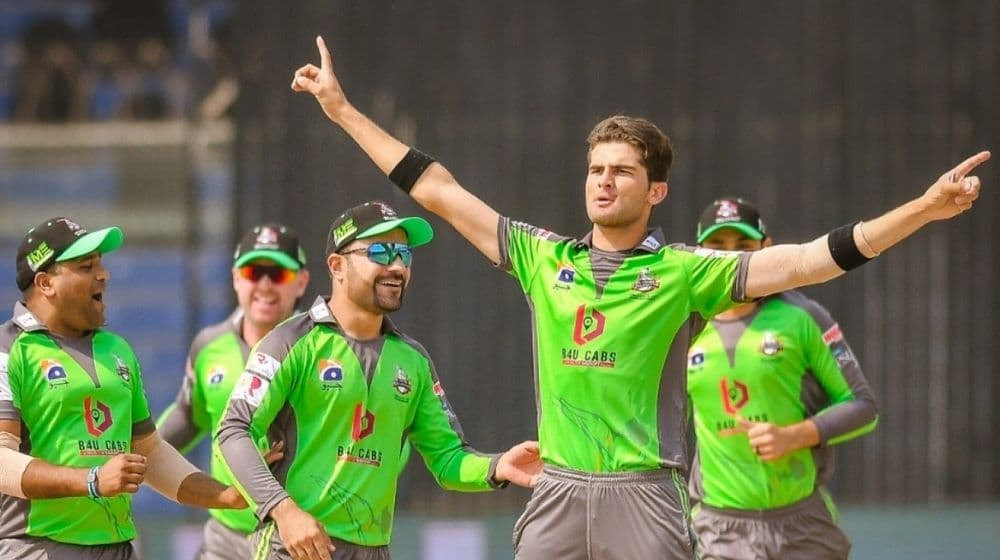 With less than a week remaining in the seventh edition of the Pakistan Super League (PSL), Islamabad United, Karachi Kings, and Peshawar Zalmi have already unveiled their kits for the season.

Being one of the biggest franchises and most supported teams, all eyes were set on the launch of the PSL 2022 kit of Lahore Qalandars and it officially revealed the home and away kits late last night.

Let’s have a look at the kit first.

Wait is over!
Here we present to you the official kit of Lahore Qalandars for @thePSLt20!😍#MainHoonQalandar #dilse #LevelHai https://t.co/Ks87sfMXlR

For their home shirt, Lahore Qalandars have decided to go with green as the base color, choosing red as the base color of their away shirt. Thick stripes which run under the shoulders and fading patterns on the bottom are common elements in both shirts. The home and away shirts will be worn with black trousers.

PSL 2022 is just around the corner and the franchises have finalized their preparations for the main event. The players, staff, and management of all franchises have already joined the bio-secure bubble set up by the Pakistan Cricket Board (PCB).

The mega event will kick off on 27 January at the National Stadium in Karachi. PLS 5 champions, Karachi Kings, will host the defending champions, Multan Sultans, in the curtain-raiser.