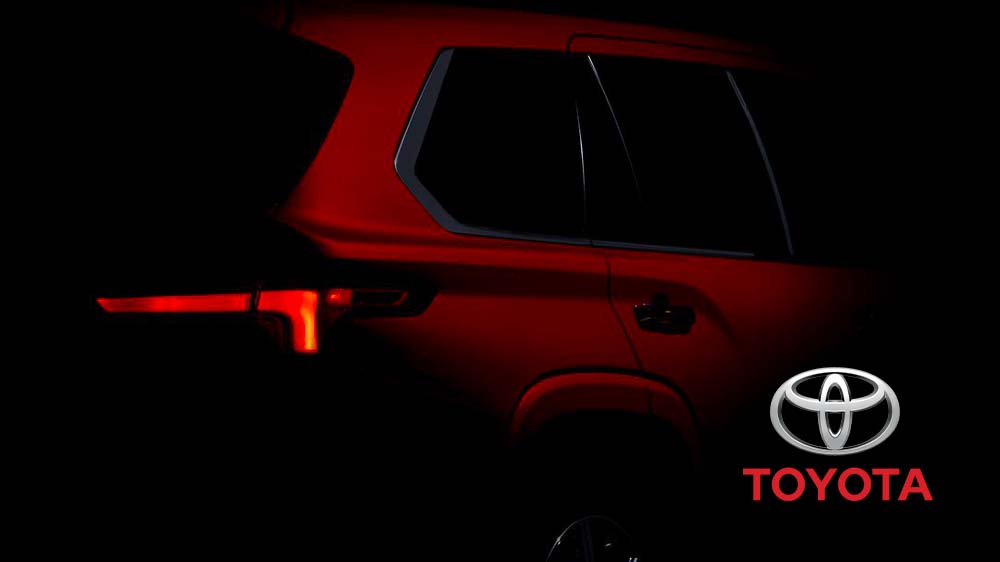 Toyota USA recently released teaser images of the upcoming Sequoia, which is known to be its biggest SUV. The third generation of the mighty Sequoia will be debuted for North American markets on 25 January and is expected to hit markets by end of the year to replace the discontinued Land Cruiser in the company’s US lineup.

Toyota has finally redesigned its full-size SUV after more than a decade, and it will likely borrow the powertrain from the new Tundra.

The teaser image (taken from an oblique angle) shows the back of the SUV with the design of the window frame alongside the D-Pillar, which is similar to the Lexus LX’s previous generation. A pair of inverted L-shaped thin LED taillights link to the sidelines and are placed perfectly below the chrome trim of the window. 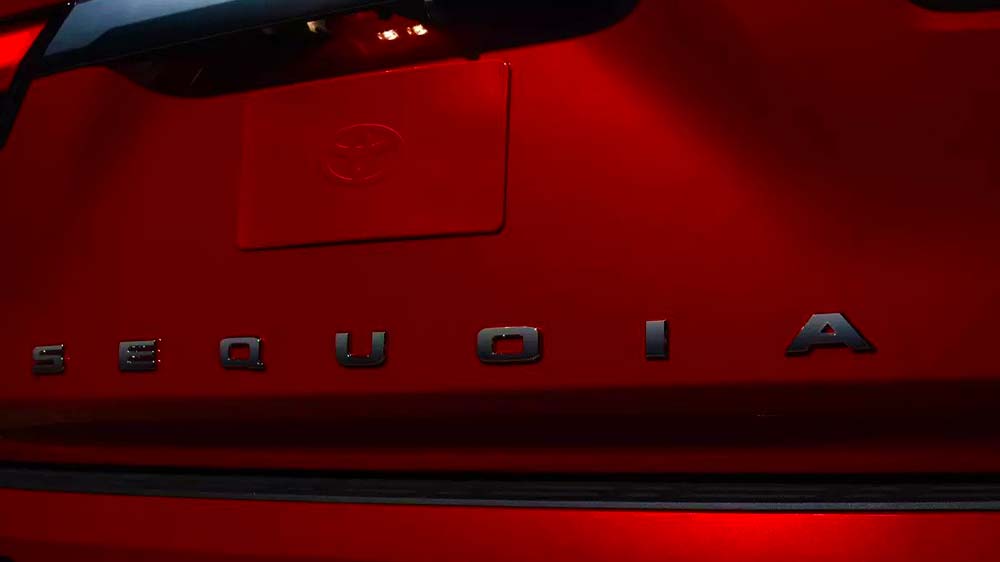 Sequoia’s emblem can be seen inscribed beneath the license plate frame in another image. Since the upcoming Sequoia’s front design is unrevealed, the similarities to the newest Tundra cannot be dismissed just yet.

What’s Under the Hood?

It is reckoned that the new Toyota Sequoia will have 3.5-liter V6 twin-turbo petrol engines: one with 389 hp and 649 Nm of torque, and the other with 437 hp and 790 Nm of maximum torque. The engine will be mated to a 10-speed ECT-I automatic transmission in each variant that will be offered in both versions (on-demand 4-wheel drive and rear-wheel drive).