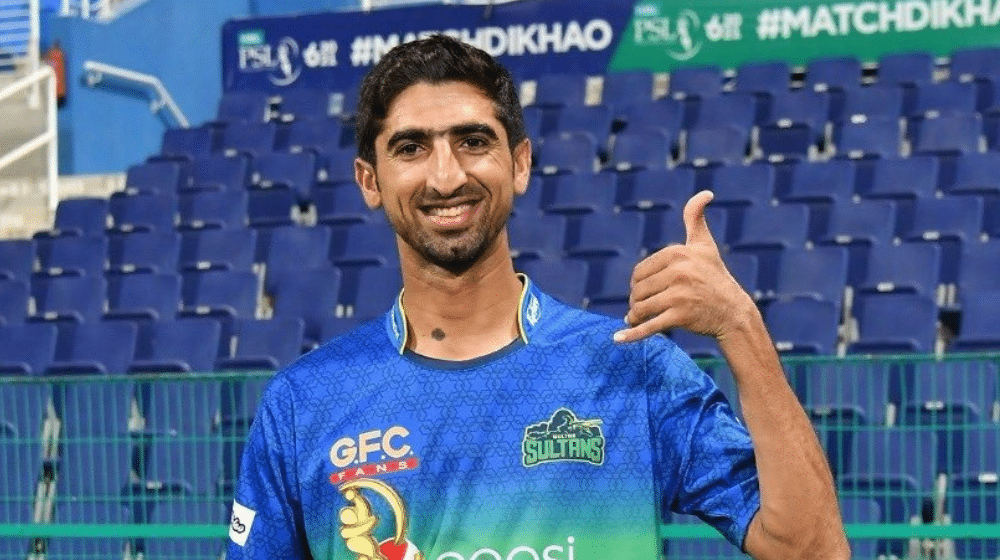 Emerging fast bowler, Shahnawaz Dahani, has said that he will introduce a new style of celebration during the upcoming season of the Pakistan Super League (PSL).

During an interview with a private TV channel, Dahani was asked if he would repeat the same celebration style that was the talk of the town last year.

The fast bowler responded that he would occasionally use the old one, but there would be something new as well.

“You will see my new style of celebration when I take my first wicket in this edition of PSL, and fans will enjoy that,” the pacer added.

With 20 scalps in 11 matches, Dahani was the highest wicket-taker of the PSL season six. When asked about his targets for the upcoming season, the Larkana-born pacer said that he wants to break Hasan Ali’s record of 25 wickets in a PSL season.

“Now, I am eyeing to take more than 25 wickets to break Hasan Ali’s record of most wickets in any PSL season,” he said.

The 23-year-old said that he is training hard to achieve new heights in the marquee tournament and win another trophy for his franchise, Multan Sultans.

“I can’t wait to be on the field again. I am preparing myself for the event, and even with the in-room isolation, I’ve been training to keep myself fit,” he said. “My main target is to help Multan Sultans win the trophy again.”

Dahani said that he had become friends with former West Indian captain, Carlos Braithwaite, during the PSL 6, and he is like a big brother to him.

“Even when PSL ended, Carlos stayed in touch with me, and when I was in West Indies, he called me and looked after me. He’s a gem of a person, and I am surely going to miss him in Multan’s dressing room this season,” he said.

“I spent memorable times with all of them, especially with Imran Tahir, who is also like a brother to me and also a jolly character like me,” he added.

Dahani also revealed that the South African-leg spinner, Imran Tahir, had surprised him by speaking fluently in Sindhi and later told him that he belongs to a place near Dahani’s hometown.

“When he (Imran Tahir) came to me and started talking to me in Sindhi, I was shocked and surprised, then he told me that his roots are from Sukkur and later his family moved to Lahore and then shifted to South Africa,” the fast bowler said during the interview.