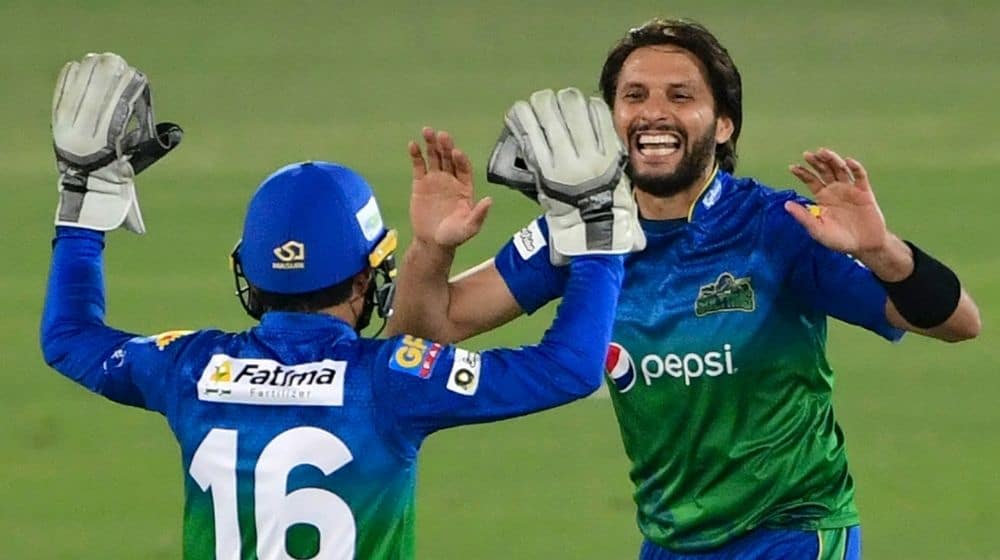 Multan Sultans captain, Mohammad Rizwan said that the team will miss the services of the legendary Shahid Afridi in PSL 7. Afridi decided to part ways with Multan Sultans after three successful seasons with the franchise.

He will represent Quetta Gladiators in his final season before hanging up his boots.

Rizwan said that Afridi’s absence will be felt in the dressing room and his calming persona and his fighting spirit will be missed on the pitch. Rizwan added that the team missed him dearly last season as well as he was ruled out of the second phase of the tournament due to an injury.

“He is a superstar of the country and his absence is always going to be felt. I talk to him time and time again as he makes things easier,” Rizwan remarked.

The gritty wicket-keeper batter showered praises on Afridi’s never-giving-up attitude and said that Afridi’s passion for the game and his fighting spirit is what makes him a legend of the game. Rizwan also recalled the time he spent on the crease with Afridi.

“I remember we were playing a match together and we needed 120-odd runs from 50-odd balls. Our entire top-order had collapsed and batting together with him made me realize that he never gives up. When we met in the middle, he would tell things we need to do to turn the match around and that, for me, defines him as a person and a player,” Rizwan stated.