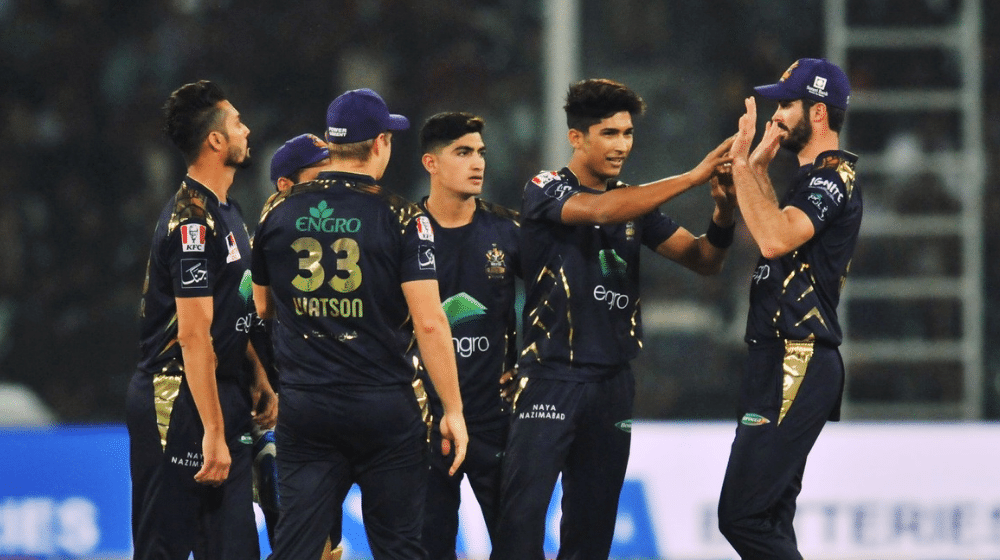 Former champions, Quetta Gladiators revealed their new training kits as they took part in their first training session ahead of the seventh edition of the Pakistan Super League (PSL). Quetta’s squad members were seen donning the new gold and purple training kit as they started their preparations for the new season.

Have a look at their new training kit:

The rest of Quetta’s superstars will join the squad within the next few days as well. According to details, Iftikhar Ahmed and Ben Duckett have already joined the bio-secure bubble and will be available for selection in their first match of the season.

Quetta will be determined to put in a much-improved display this season after failing to qualify for the playoffs in the previous two seasons. The team management has made a host of changes to the squad in hopes of turning around their fortunes and players such as Jason Roy, James Vince, Shahid Afridi, and Iftikhar Ahmed have the capability to take Quetta deep into the tournament.

The Purple Force will be seen in action on 29 January as they face Peshawar Zalmi at National Stadium Karachi in the opening encounter of the tournament.