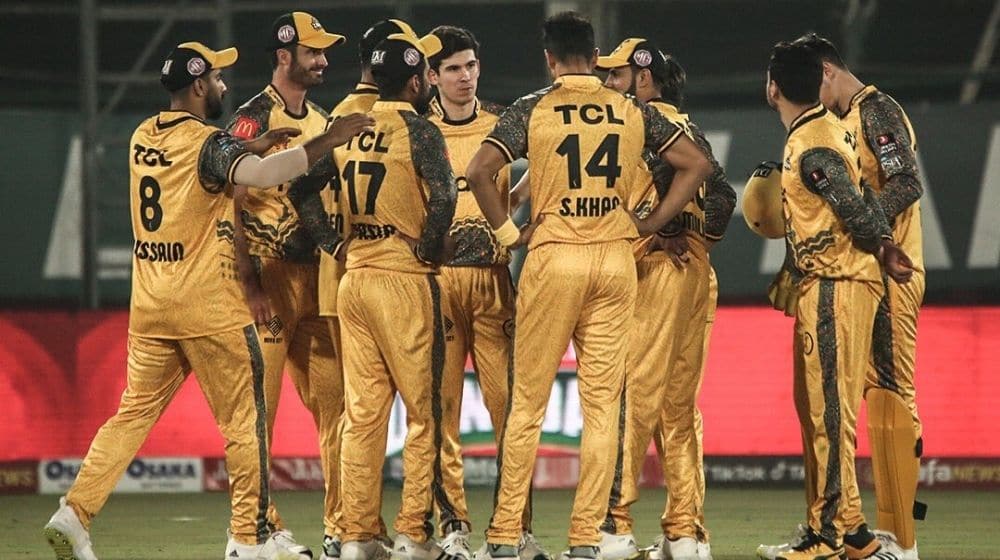 Peshawar Zalmi expertly chased down a mammoth target of 191 as batters Hussain Talat and Shoaib Malik steered the run chase. Peshawar move on to the second spot in the PSL 2022 points table.

Quetta started the match on the right foot with openers Ahsan Ali and Will Smeed taking apart the Zalmi’s depleted bowling line-up. Smeed in particular was exceptional as he smahed 97 on his PSL debut, agonizingly missing out on his maiden century as he was caught at the boundary on the last ball of the innings.

Zalmi responded with a quickfire start of their own as openers Yasir Khan and Tom Kohler-Cadmore smashed the Gladiators’ bowlers all over the ground. Mohammad Nawaz struck back with three quickfire wickets but the experience of Shoaib Malik along with Hussain Talat’s masterclass steered the run-chase back in Zalmi’s favor.

Zalmi chased down the target with 5 wickets in hand and two balls to spare.

Will Smeed was announced as player of the match for his outstanding performance.

The Pakistan Super League (PSL) 2021 finalists, Peshawar Zalmi will take on the 2019 champions Quetta Gladiators in the second match of the PSL 2022 on Friday, 28 January.

The match, scheduled at Karachi’s National Stadium, will start at 7 pm PST.

This will be an important face-off for Quetta Gladiators, as they look to start the tournament on a winning note after consecutive failures in the last two seasons. A win against the previous season’s finalists will boost the confidence of Sarfaraz and his men.

Like many other franchises, the Gladiators have undergone an overhaul and have inducted the missing firepower and the depth in batting and bowling departments to look good on paper. They now have a better chance of turning their fortune around this year.

If we look at their squad, Gladiators have strengthened their batting lineup with the inclusion of Iftikhar Ahmed, Dan Lawrence, Shimron Hetmyr, James Vince, and Jason Roy. Then, they have a senior bowler in Sohail Tanvir as well youngsters Mohammad Hasnain and Naseem Shah.

On the other hand, the spin department looks well-settled with the presence of tried-and-tested Mohammad Nawaz and the newcomer, Noor Ahmad, with Iftikhar assisting with off-spin whenever needed.

Then they have the likes of James Faulkner and Shahid Afridi to strengthen their batting further down the line.

On paper, Sarfaraz and company have all bases covered. However, it will be important for them to go out and execute the plans on the field.

On the flip side, Peshawar is one of the most-hurt franchises due to the COVID-19 infections at the moment. Wahab Riaz, Hazratullah Zazai, and Kamran Akmal are down with the COVID-19.

In Wahab’s absence, senior pro, Shoaib Malik is set to lead tomorrow against Gladiators. Despite the absence of their leading players, Zalmi still have the likes of Tom Kohler-Cadmore, Sherfane Rutherford, Matt Parkinson, and Ben Cutting to rely on.

Overall, the two sides have come face to face 16 times in the tournament and have won eight each. They last faced each other at the same venue on 26 February 2021; Peshawar won it by three wickets.

From Quetta’s perspective, their pace battery is very strong, as they have two express fast bowlers in Mohammad Hasnain and Naseem Shah. If the duo play tonight, they will surely get assistance early on and can dent Zalmi’s batting line.

Sherfane Rutherford proved to be a great signing last year and he will once again be the key for Zalmi in terms of power-hitting.