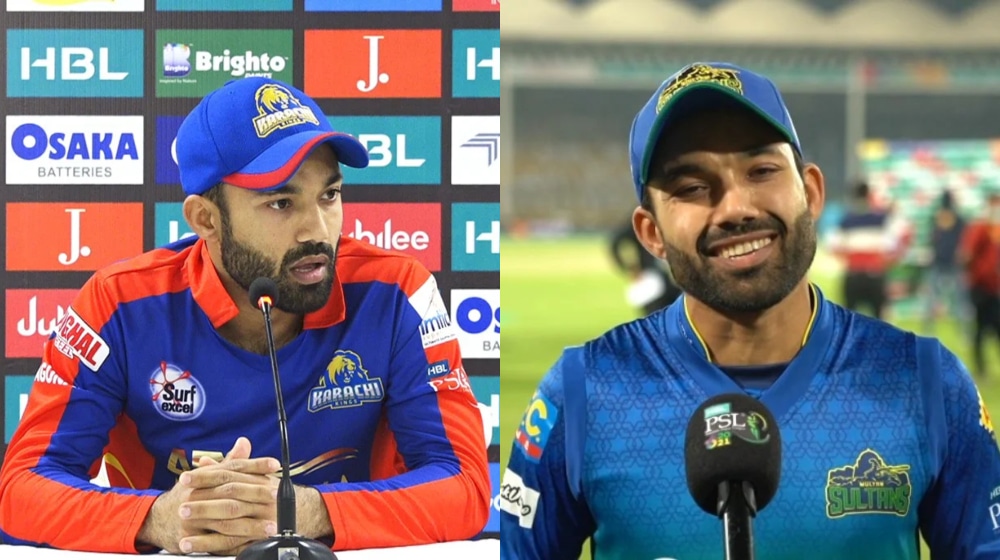 After moving to Multan Sultans before Pakistan Super League (PSL) 2021, Mohammad Rizwan became their captain and led them to their first PSL title in a fitting way. He believes he has come a long way as he now thinks his time with Karachi Kings was one of the darkest periods of his career.

He remained associated with Karachi Kings from PSL 2018 to PSL 2020. Although Karachi Kings won the PSL during this time, Rizwan never featured regularly in the first XI and spent most of his time there in the dugout.

Mohammad Rizwan led Multan Sultans to a comfortable victory last night in the opening game of the PSL 2022 against his former side as he made an unbeaten 52 runs off 47 balls.

While the opening batter thanked the management of Multan Sultans for showing confidence in him, Rizwan also took a jibe at Karachi Kings during the post-match press conference.

For three years, I was someone who was on the sidelines of PSL, deemed not good enough to play. But when the right time came, I was not only picked by Multan Sultans but also made captain and we became PSL champions.