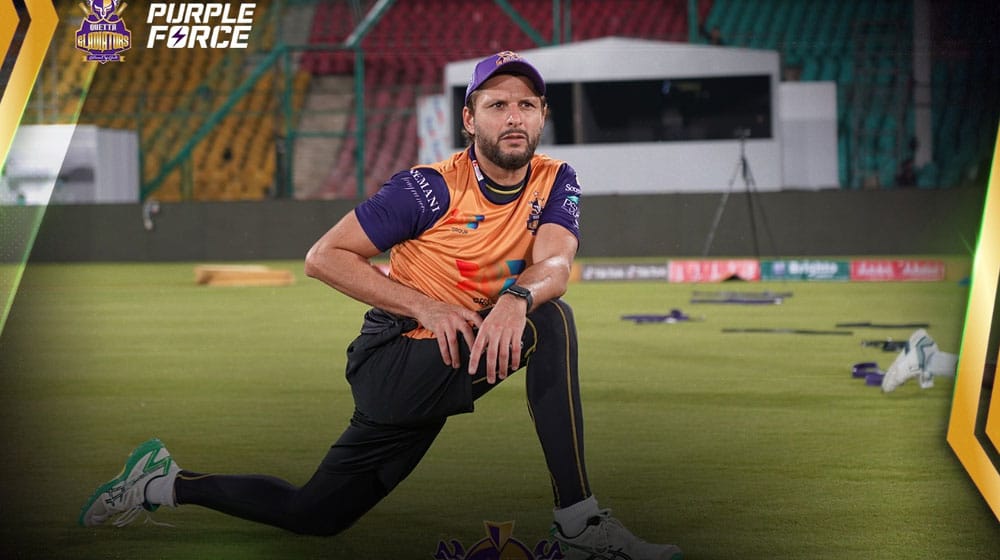 Shahid Afridi has disclosed his plans to collaborate with Quetta Gladiators for the development and progress of cricket in Pakistan. Star all-rounder wants to continue his work with the franchise even after his retirement, facilitating the path for new talent to make their way up the ranks.

Veteran leg-spinner further revealed that he had promised Nadeem Omer to join Quetta Gladiators and he would continue to serve cricket along with the Quetta Gladiators’ owner. Shahid Afridi expressed his aspiration to pave the path for young players, providing them the opportunity to showcase their abilities. Quetta Gladiators owner, Nadeem Omer was all praise for star cricketer, calling him a ‘born Gladiator’.

Shahid Afridi will make his PSL debut for Quetta Gladiators in the seventh season. However, he is not currently available to the team after testing positive for COVID-19.