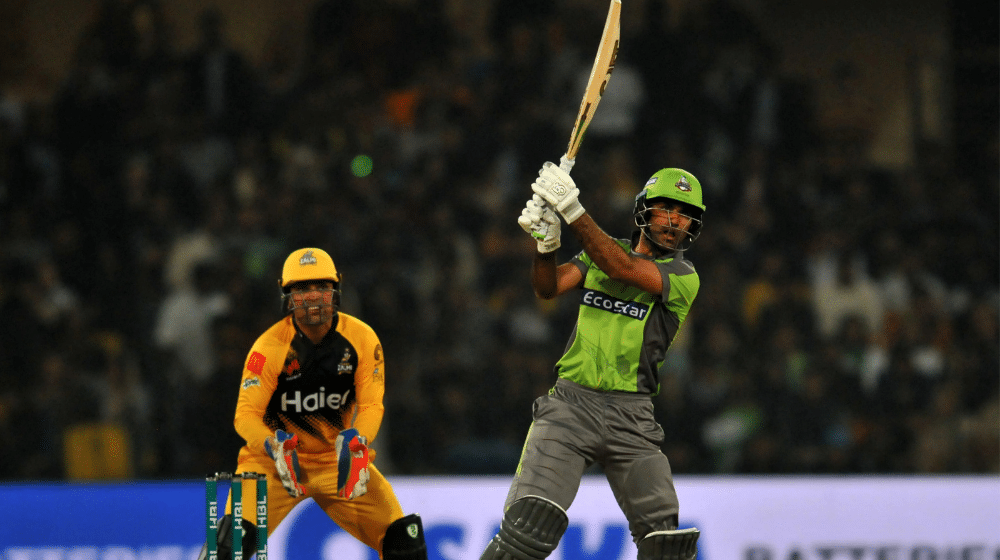 Fakhar Zaman’s terrific form in the initial phase of PSL 7 has ranked him on the top in terms of strike rate. Taking over Sharjeel Khan, Lahore Qalandars’ explosive opener now has the highest strike rate in the powerplay in PSL history.

Fakhar Zaman has played three innings so far in the seventh edition of the Pakistan Super League, hitting big shots at will. In the first match of PSL 7, the aggressive batter smashed 76 runs off 35 deliveries at a strike rate of 217. Smashing 11 boundaries, Fakhar Zaman top-scored to help Qalandars post 206 runs in the first innings, however, the bowlers failed to defend it against Multan Sultans.

The second match was a memorable one for Fakhar Zaman as he scored his maiden PSL century. Chasing 170, the opener smashed 16 boundaries. Fakhar Zaman played a quickfire 106 runs off only 60 balls, as Lahore Qalandars recorded their first victory of PSL 7.

In his third innings against Peshawar Zalmi, Fakhar hit yet another fifty. This time he scored 66 runs off 38 balls, laced with 3 sixes and 6 fours at a strike rate of 173.68.

With his first three matches of PSL 7 seeing incredible form, the explosive batsman has surpassed Karachi Kings’ Sharjeel Khan. Fakhar Zaman now has the highest strike rate in the powerplays in PSL.

Here are the top 5 batters in the first six overs of PSL history based on their strike rates: (minimum 500 runs)