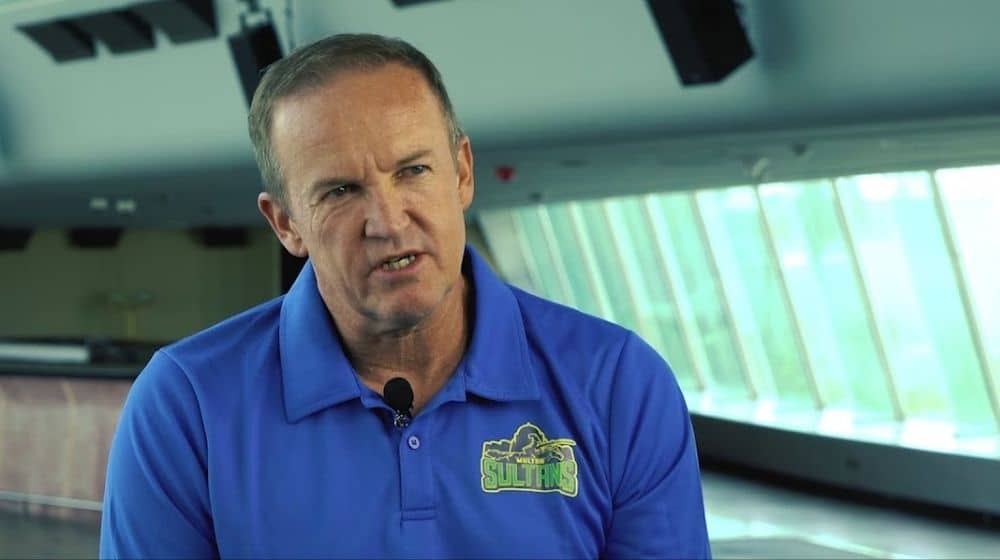 Multan Sultans head coach, Andy Flower has traveled to India to take part in the Indian Premier League (IPL) auction midway through the Pakistan Super League (PSL). Flower was appointed as the head coach of the new IPL team, Lucknow Super Giants ahead of the new IPL season.

Flower is however expected to arrive back in the PSL in the Lahore leg of the tournament. According to Multan Sultans camp, Flower will be in the dugout for Multan in their match against Karachi Kings on 16 February. They further revealed that the head coach will be available virtually throughout Multan’s campaign for this particular time period. During Flower’s absence, Mushtaq Ahmed and Abdur Rehman will be tasked to lead the franchise.

Former Zimbabwe wicket-keeper batter has traveled early to India to strategize ahead of the mega auction.

Multan Sultans have been in sublime form in PSL 7. The defending champions are the only unbeaten side and have won their first four matches in the competition. They look set to become the first side in PSL history to retain their title.

The Janoobis will be seen in action next on 5 February as they take on Peshawar Zalmi at National Stadium Karachi. This will be Multan’s last match in Karachi in PSL 7 before the tournament shifts to Lahore.