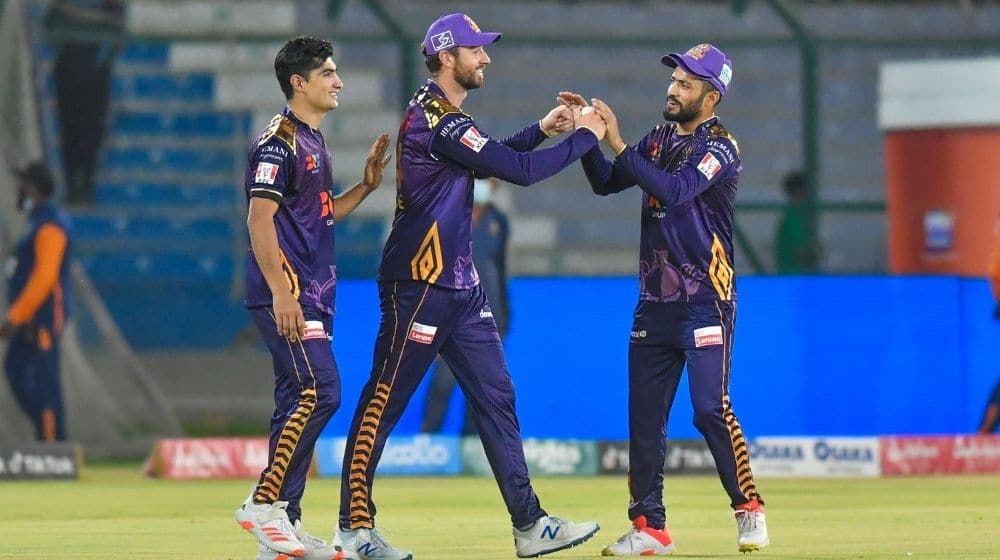 Quetta Gladiators registered their second victory in Pakistan Super League (PSL) 7 as they chased down a huge target against Lahore Qalandars. As a result, Quetta have moved ahead of Peshawar Zalmi and sit at the fourth spot on the PSL points table. Lahore, on the other hand, remain at the third spot due to an inferior net run rate than Islamabad United.

Lahore were brilliant with the bat once again as openers Fakhar Zaman and Abdullah Shafique took the attack to Quetta’s bowlers. Fakhar scored yet another half-century in the competition and a late flurry from Harry Brook took them to a daunting total of 204/5.

Jason Roy was irresistible as he took the Lahore bowling unit to the cleaners. Roy scored the second-fastest century of PSL history in his first match this season and took the game away from Lahore within the first 15 overs in the innings. Quetta chased down the target with 7 wickets and 3 balls to spare.