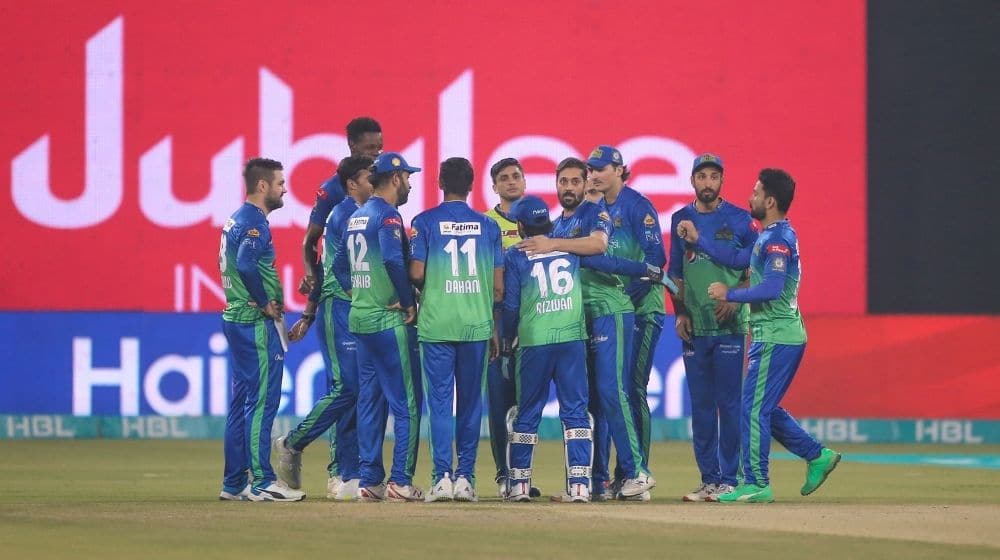 Multan Sultans won their sixth consecutive match in Pakistan Super League (PSL) 7 as they defeated Peshawar Zalmi by 42 runs. As a result, Multan extended their lead at the top of the PSL 2022 points table while Peshawar stayed at the fifth spot after suffering their fourth defeat of the season already.

Multan had yet another solid start to their innings with Shan Masood and Mohammad Rizwan putting on a 98-run stand. Shan scored a magnificent half-century and Tim David smashed huge sixes to take the total to 182/7.

Peshawar had yet another poor start and were unable to handle some clever bowling by Sultans bowlers. Despite some resistance by Shoaib Malik in the middle phase of the innings, Zalmi were unable to get close to the target. They were bundled out for 140 runs.