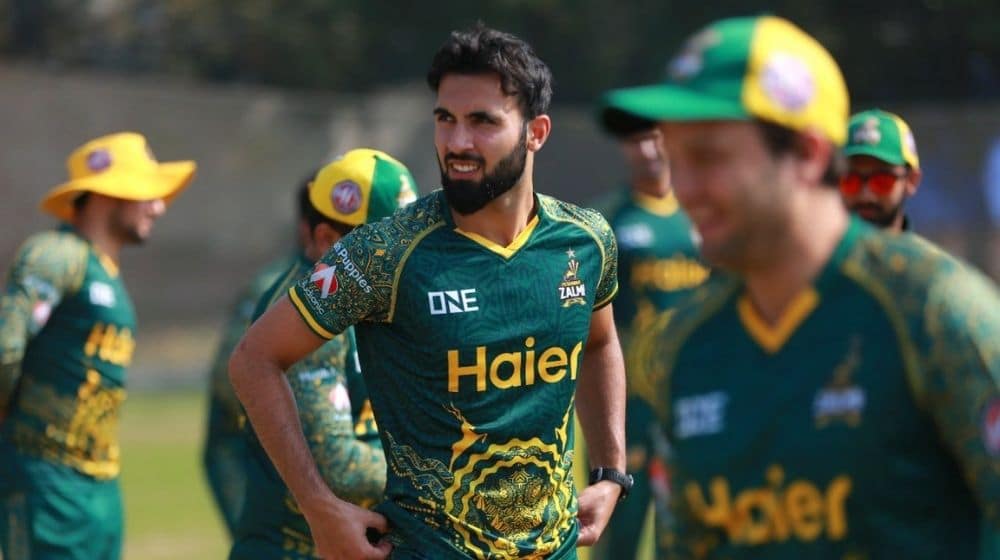 Peshawar Zalmi’s fast bowler, Saqib Mahmood is the latest player to pull out of the ongoing seventh edition of the Pakistan Super League (PSL). Saqib was named in England’s squad for their upcoming Test series against West Indies and he will be heading back home to prepare for the series.

Saqib took to Twitter to break the news. He wished his team the best of luck for the remainder of the tournament.

My time cut short @thePSLt20 @PeshawarZalmi this year, heading home to prepare for the Test Series against West Indies in a few weeks. Wishing the boys the best of luck for the rest of the tournament 💛 pic.twitter.com/DLE30U6DB4

The right-arm pacer only played two matches for Zalmi in the tournament. He arrived later in the tournament due to England’s T20I series in the Caribbean. While Mahmood has been on the periphery of England’s Test team for the past year, he was finally called up to the squad as England look to rebuild after a disastrous Ashes.

Saqib is the third English player to pull out midway through the tournament. Earlier, Quetta Gladiators’ Ben Duckett and Islamabad United’s Alex Hales pulled out due to bio-bubble fatigue. More players are also scheduled to leave the tournament in the next few days. Afghanistan’s Rashid Khan and Rahmanullah Gurbaz have been called up to the national squad for their series against Bangladesh and they are expected to fly out within the next few days.

Zalmi are scheduled to play their 9th match of the competition on Thursday, 17 February against Islamabad United. They currently sit at the fourth spot in the PSL points table with 4 wins in 8 matches.