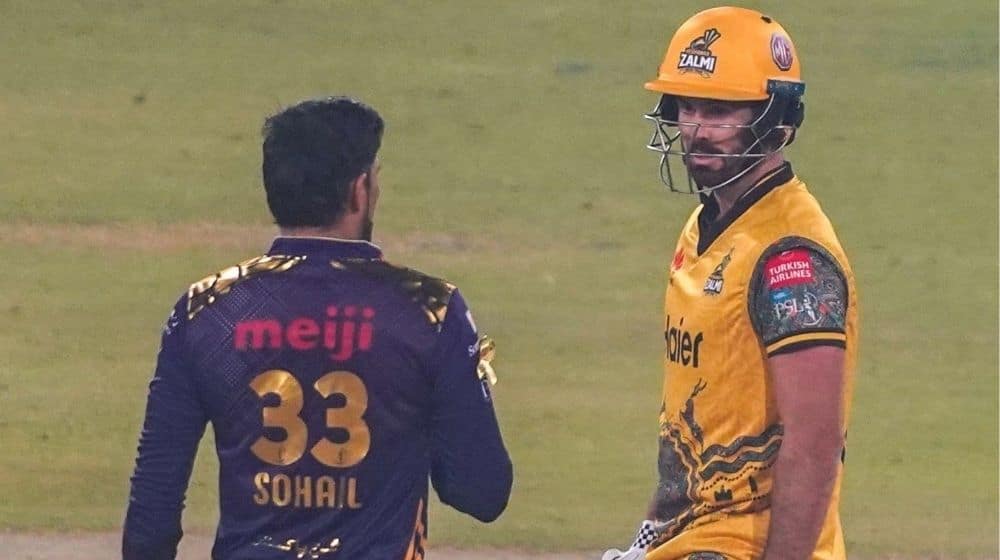 Left-arm pacer, Sohail Tanvir has apologized for his obscene gesture to Ben Cutting during the high-octane clash between Quetta Gladiators and Peshawar Zalmi in PSL 2022 on Tuesday night.

The experienced seamer went on to explain the feud between the two cricketers. Tanvir stated that the feud started four years ago during a Caribbean Premier League (CPL) match. He revealed that he had initially misjudged the situation as he assumed Cutting sledged him after smashing him for a six. Tanvir then showed Cutting the middle-finger after getting his wicket on the next ball.

Tanvir added that he felt bad after the initial incident and went to apologize to Cutting the next day. While Tanvir felt that the two players had buried the hatchet, Cutting had remembered the incident for the past four years and replicated the middle-finger gesture after smashing him for two sixes last night.

The 37-year old said that he wants to send a message to the children and the youngsters that he does not endorse the gesture and the incident could have been avoided.

Tanvir uploaded a video on his official Instagram account to apologize for his part in the unpleasant incident.