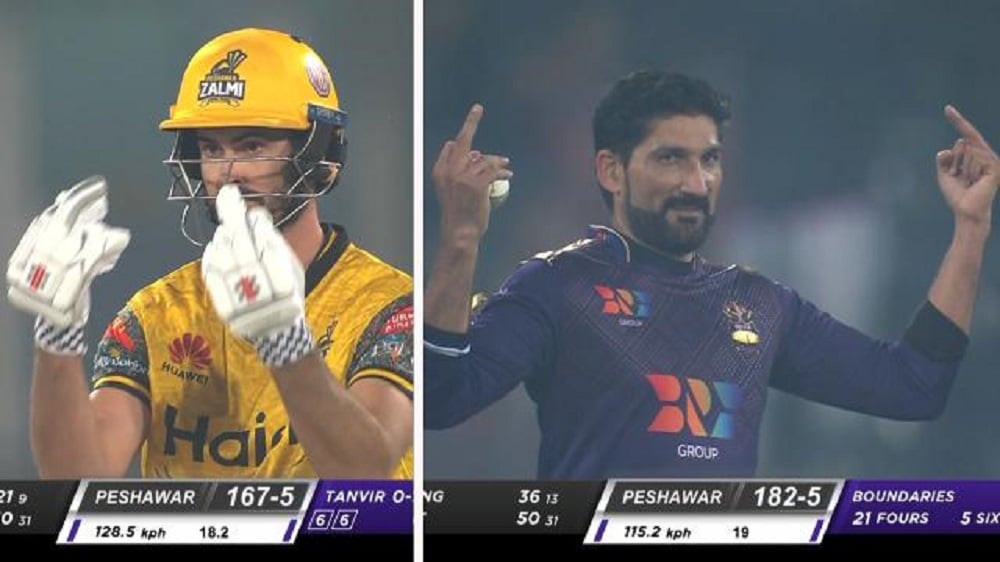 Healthy rivalries are part and parcel of franchise cricket and Pakistan Super League (PSL) is no different. However, a series of events that occurred during the last night’s match between Peshawar Zalmi and Quetta Gladiators left everyone wondering.

It all started in the 19th over when Zalmi’s batter Ben Cutting smashed Gladiators’ bowler Sohail Tanvir for three sixes and showed the middle finger gesture with both his hands.

The situation further escalated as both tried to confront each other to settle the dispute themselves. Thankfully, the on-field umpire intervened just in time to control the situation.

Overall, Tanvir conceded 27 runs in the over courtesy 4 sixes, a single, and a double. However, he had the last laugh as he took the catch of Cutting on Naseem Shah’s bowling on the first ball of the very next over.

After taking the catch, he replicated the middle-finger gesture with both his hands to the departing batter.

How Did it Start?

The feud between Sohail Tanvir and Ben Cutting dates back to 2018. It actually started during a match of the Caribbean Premier League (CPL).

It was pretty much the same situation as last night as Cutting was the batter and Tanvir the bowler. He smashed the pacer for a maximum before getting bowled out on a yorker.

When Cutting turned away to head back to the dugout, Tanvir showed him the middle finger gesture absolutely unprovoked. Cutting did not forget this and had been waiting for his moment since then.