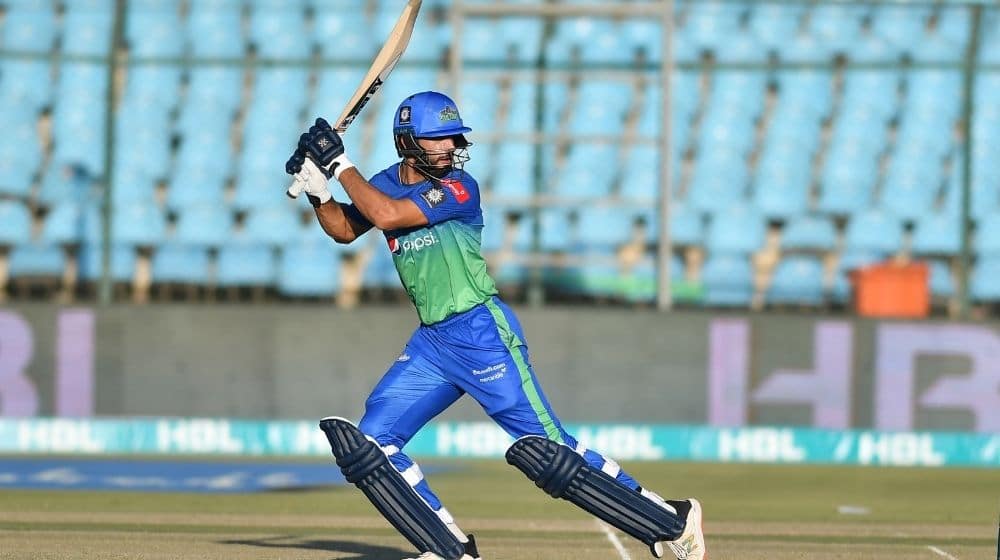 Multan Sultans opening batter, Shan Masood was widely considered as a red-ball cricketer, but he has now proved his caliber as a T20 player during the ongoing Pakistan Super League (PSL).

The Multan Sultans opener has reached another milestone in his PSL career in the match against Karachi Kings at Gaddafi Stadium, Lahore.

During the match, Shan Masood crossed the milestone of 1,000 runs in PSL with a brilliant knock of 45 from 41 balls.

Shah Masood, who is just behind the Lahore Qalandars opening batter, Fakhar Zaman, in the leading runs scorer list, has become the 13th batter to cross the 1,000 runs milestone in PSL history.

The opening batter has achieved the milestone in 29 innings at an average of 34.48. In his PSL career, Masood has scored six half-centuries at a strike rate of 137.36.

In yesterday’s clash against Karachi Kings, Multan Sultans successfully chased down a target of 174 with seven wickets in hand. Skipper Muhammad Rizwan was awarded the player of the match for his fantastic 76 runs from 56 balls.

Shan Masood will be part of the Pakistan squad for the upcoming three-match Test series against Australia. Masood has represented Pakistan in 24 Test matches and 5 ODIs.