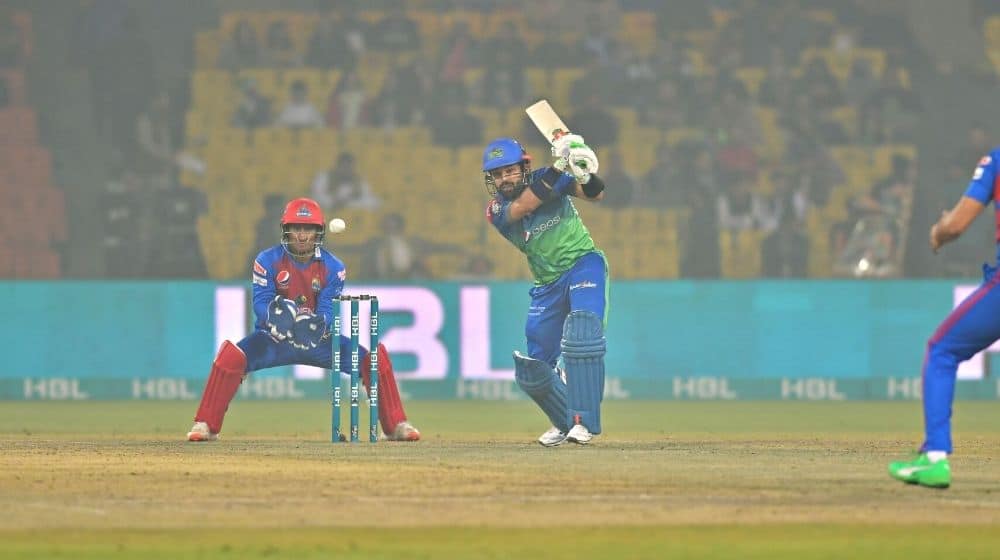 Multan Sultans ensured that they will finish in the top two spots in the PSL points table after their thrilling victory over Karachi Kings. Kings, on the other hand, will finish at the bottom of the table after suffering their eighth consecutive loss in the tournament.

Karachi got off to yet another poor start as they lost Babar Azam early on in the innings. They were unable to score at a high run rate as Sharjeel Khan struggled to take on the bowling attack. It was only later on in the innings that Imad Wasim showed his power-hitting prowess to take the team total to 174/6.

Multan got off to a solid start as Shan Masood and Mohammad Rizwan put on a century stand. Multan faltered in the middle-phase as Karachi struck back with wickets in quick succession. Khushdil Shah and Rilee Rossouw struck huge maximums at the backend of the innings to take the team over the line. Multan won the match by 7 wickets.

Mohammad Rizwan was named as the player of the match for his magnificent innings of 76 runs off 56 balls.

Karachi Kings face Multan Sultans in the 23rd match of the Pakistan Super League (PSL) 7. The two teams will battle it out against each other at the Gaddafi Stadium, Lahore at 7:30 pm PKT on Wednesday, 16 February.

Two teams with very different campaigns this season, league leaders Multan Sultans and already knocked out Karachi Kings will go head to head at Gaddafi Stadium tonight. While Multan will be looking to try their bench strength and test their limits for the upcoming crucial encounters, Karachi will be playing for pride, having lost all seven matches in the tournament so far.

Multan have been the best team in the competition with six victories and one defeat in seven games. They lost to Lahore Qalandars in their previous encounter and will be looking to get back to winning ways against a dejected Karachi side. Expect Multan to experiment with their line-up and batting order.

Karachi, on the other hand, have nothing but pride to play for. They will be determined to get their first points of the season and will take confidence from their previous performance. Karachi came close to their first win in the competition as they lost agonizingly to Islamabad by one run. It seems like they have finally found a combination that has the potential to challenge Multan Sultans.

Both the teams are likely to make a few changes to their line-ups. Multan might bring in Johnson Charles, Rumman Raees, Imran Khan Snr. and Rizwan Hussain while Karachi are likely to hand a debut to Rohail Nazir in place of Sahibzada Farhan and Lewis Gregory might come back for Jordan Thompson.

Overall, the two teams have come face to face 10 times in the tournament. Kings have an upper hand as they have won 5 while Sultans have won 3 and two matches have ended in No Result. They last faced each other in PSL 7 on 27 January 2022 at National Stadium Karachi which Sultans won by 7 wickets.

Khushdil Shah has been nothing short of spectacular in PSL 7 so far. He has been amongst the runs with the bat, he is one of the top wicket-takers in the tournament and has been sublime in the field as well. He will be looking to continue his purple match and play another influential role for Multan.

Qasim Akram has brought life back into the Karachi camp. The Under-19 World Cup captain was exceptional with the bat in the previous encounter and looks ready to showcase his talent to the world. Karachi will be hoping that the youngster can provide the impetus to the rest of the squad to fight till the last ball.