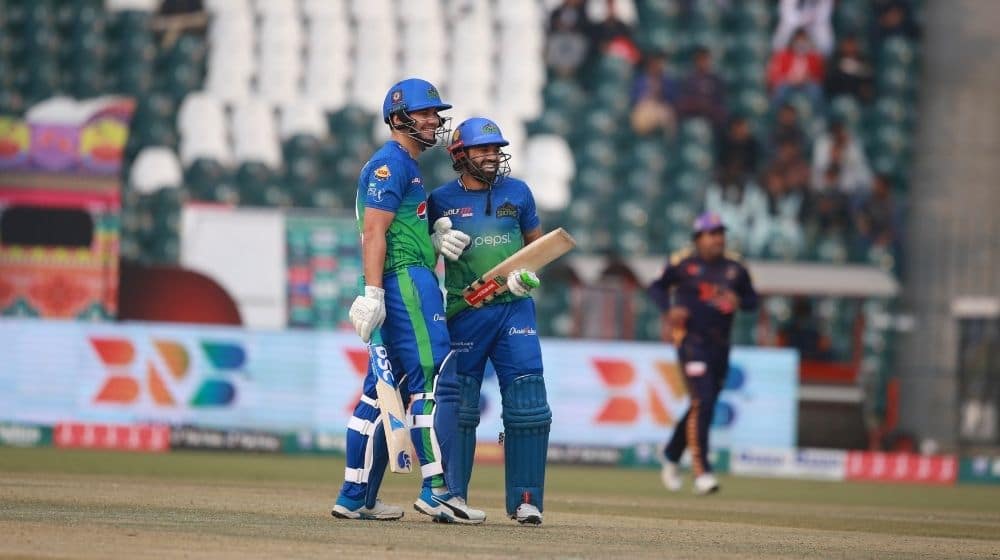 Multan batters went berserk as openers Shan Masood and Mohammad Rizwan took Quetta’s bowlers apart. Both shared yet another century partnership before Rilee Rossouw joined the party and smashed huge sixes all over the ground. Shan departed after scoring 57 runs while Rizwan and Rossouw continued to score at a high rate.

Rossouw struck 71 runs off 26 balls including 9 fours and 4 sixes as Multan looked to race away to cross the 250-run mark for the first time in PSL history.

Quetta’s Mohammad Irfan did not help their cause as he was forced to be taken off midway through the 16th over after bowling two beamers in the over.  Noor Ahmed conceded 52 runs, Sohail Tanvir conceded 52 runs and Ghulam Muddasar conceded 56 runs from their four overs each.