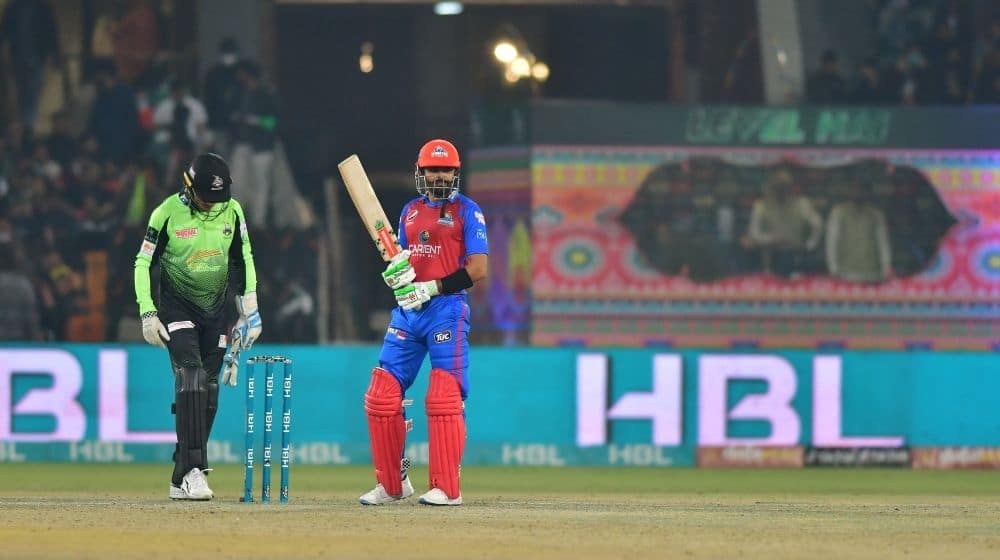 Karachi Kings finally got off the mark in Pakistan Super League (PSL) 7 as they won against their arch-rivals Lahore Qalandars. While Karachi have secured the bragging rights for now, there were no significant changes in the PSL points table.

Karachi got off to another poor start as they lost wickets early on in the innings. Babar Azam and Qasim Akram staged a mini comeback before Lahore struck back with quickfire wickets by Rashid Khan. Fireworks at the backend of the innings by Lewis Gregory salvaged some pride for Karachi as they posted 149 on the board.

Lahore were poor from the off as well as they too lost their openers cheaply. They were unable to recover as Karachi bowled brilliantly to restrict the run flow. Despite a defianrt innings by David Wiese, Lahore were unable to chase down the total as they fell 22 runs short.

Mir Hamza was named as the player of the match for his brilliant bowling display. He finished with figures of 4/27 in his four overs picking up crucial wickets of Fakhar Zaman, Abdullah Shafique, Harry Brook and David Wiese.

Arch-rivals Lahore Qalandars and Karachi Kings lock horns in the 26th match of the Pakistan Super League (PSL) 7. The two teams will battle it out against each other at the Gaddafi Stadium, Lahore at 7:30 pm PKT on Friday, 18 February.

Lahore and Karachi will continue their rivalry as they face off in front of a sold-out crowd in Gaddafi Stadium, Lahore.

A win for Lahore will confirm their place in the PSL playoffs for the second time in the tournament’s history. Qalandars have been sublime throughout the tournament, having won 5 and lost 2 in 7 matches. They have a well-balanced squad and have found the right team combination as they have progressed through the tournament. While their world-class bowling attack has earned high praise in the cricketing fraternity, their batting has been equally exceptional in the tournament.

Meanwhile, Karachi have had a horrid season. They are still winless in 8 matches and a defeat to their arch-rivals can further sink their confidence heading into the new season. They have failed to find the right balance in their line-up but despite that they have performed a bit better in their last two outings, agonizingly losing both encounters. They will be determined to spoil Lahore’s party and delay their qualification to the play-offs.

Both the teams are expected to name an unchanged line-up.

Overall, the two teams have come face to face 14 times in the tournament. Kings have an upper hand with 8 wins while Qalandars have won 6. They last faced each other in PSL 7 on 30 January 2022 at National Stadium Karachi which Lahore won by 6 wickets.

Fakhar Zaman has been in the form of his life recently. He is the top scorer in the tournament and has been Lahore’s shining light in the batting department. He scored a century in the previous match between the two teams and he will be determined to once again perform for his team in front of their home crowd.

We have not seen the best of Babar Azam so far in the tournament. The world-class player has been unable to score freely in the tournament and he will be looking to set things right in the high-octane clash. Babar is at his best when his back is against the wall so it would not be a surprise to see him amongst the runs.