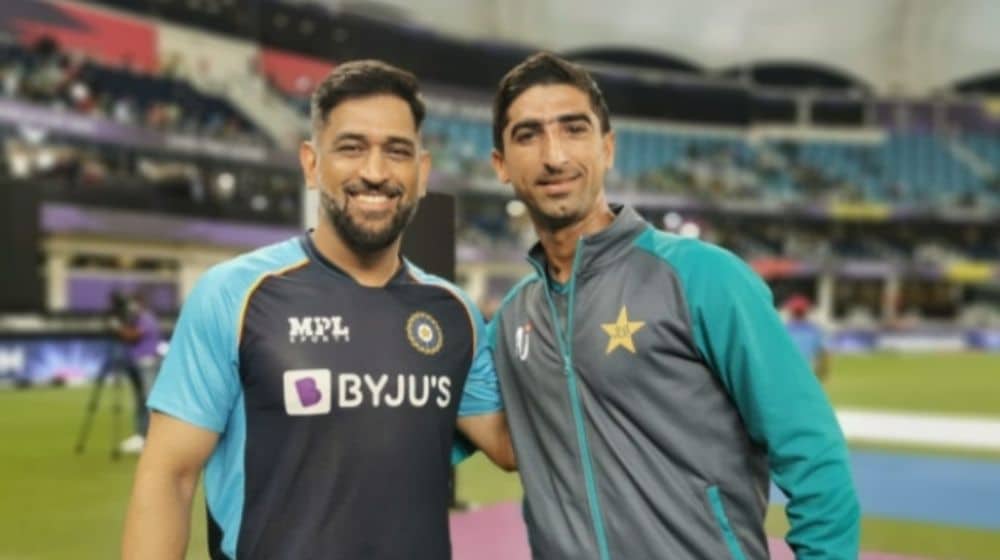 Shahnawaz Dahani has opened up about his meeting with former Indian cricketer, Mahendra Singh Dhoni. The young pacer met the legendary batsman during the T20 World Cup 2021, recalling the moment as ‘unexplainable’.

The 23-year-old cricketer had a meet-up with the former Indian captain last year in UAE during the T20 World Cup. Talking about the moment, Shahnawaz Dahani told Cricket Pakistan, “It will take a lot of time for me to explain the level of Mahendra Singh Dhoni. Meeting him was a dream come true and I can’t forget that moment.”

Further talking about his meeting with the legendary cricketer, Shahnawaz Dahani recalled the golden words of veteran cricketer. He said, “His words were quite beneficial as he told me about life, how to live life, respecting the elders. He told that there will be bad and good days in cricket but you have to embrace it and stay dedicated to the game you love the most.”

Shahnawaz Dahani is currently featuring in the seventh edition of the Pakistan Super League for the defending champions, Multan Sultans. They are the first side to reach the final of the league, scheduled on 27 February.

Here’s all about the PSL 7.