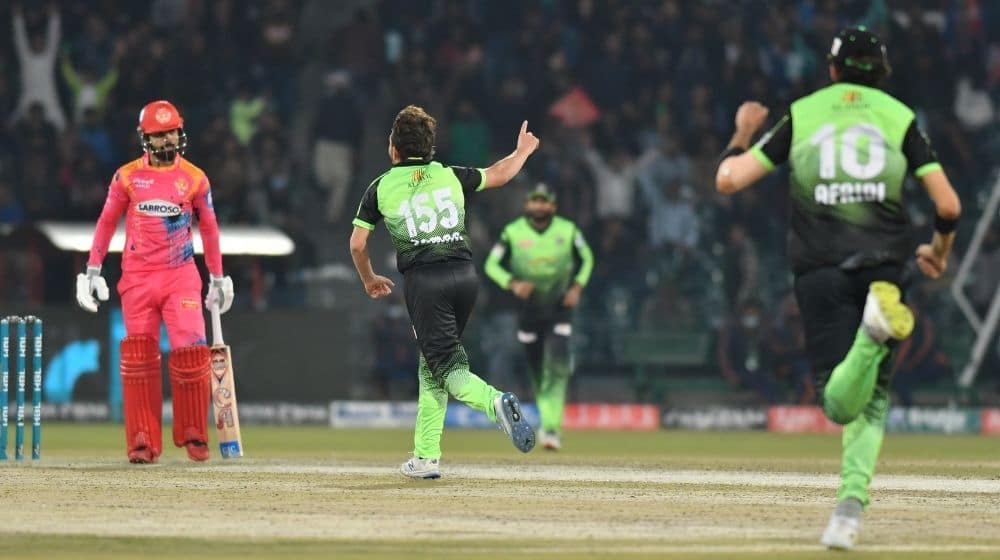 Lahore Qalandars qualified for their second-ever PSL final as they defeated Islamabad by 6 runs in a thrilling finish at Gaddafi Stadium, Lahore.

Lahore got off to a poor start as they lost both their openers early on in the innings. Abdullah Shafique and Kamran Ghulam took on the charge to Islamabad bowling unit and rebuilt the innings expertly. Lahore again lost their way before David Wiese struck 27 runs in the last over to take the total to 168/7.

Islamabad too lost wickets early on in the innings before Alex Hales and Azam Khan steadied the ship and cruised towards the target. Lahore’s bowlers had other ideas as they struck back at the death to take the game into the final over. David Wiese bowled an exceptional over as Islamabad were bundled out for 162/10.

Lahore will now face Multan Sultans in the final of the tournament on Sunday, 27 February