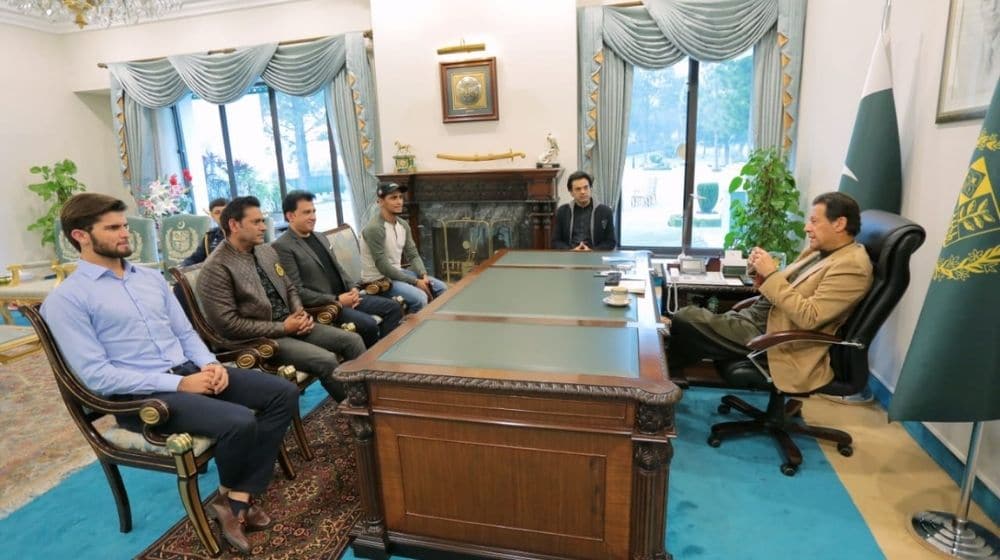 Lahore Qalandars ended their seven-year wait for the Pakistan Super League (PSL) title as they defeated Multan Sultans by 42 runs in the final of PSL 7 last night. Pakistan’s ace left-arm pacer, Shaheen Afridi became the first Lahore captain to lead them to the coveted trophy much to the jubilation of millions of fans across Pakistan.

While Lahore’s win in the tournament came as a surprise to many, Pakistan’s Prime Minister, Imran Khan had predicted Lahore to win the trophy prior to the start of the tournament.

Shaheen’s appointment raised a lot of question marks in the cricketing fraternity as they believed that Lahore’s decision to make him the captain has come prematurely. Shaheen’s soon-to-be father-in-law and legendary cricketer, Shahid Afridi, had also advised Shaheen against taking captaincy role so early in his career.

PM Imran, on the other hand, had welcomed the decision of Qalandars and believed it was a right move on their part. PM Imran said that Shaheen’s appointment could lead Lahore to win the tournament this time around.

“Youth always change results, and the Lahore Qalandars could win the PSL trophy this time [due to this decision],” PM Imran had stated during the meeting.

Shaheen created history as he became the youngest captain in franchise T20 cricket to guide his side to victory. The fiery pacer led from the front as he finished as the leading wicket-taker in the tournament. He picked up 20 wickets at an average of 19.70 and an economy rate of 7.57 in 13 matches he played in the tournament.