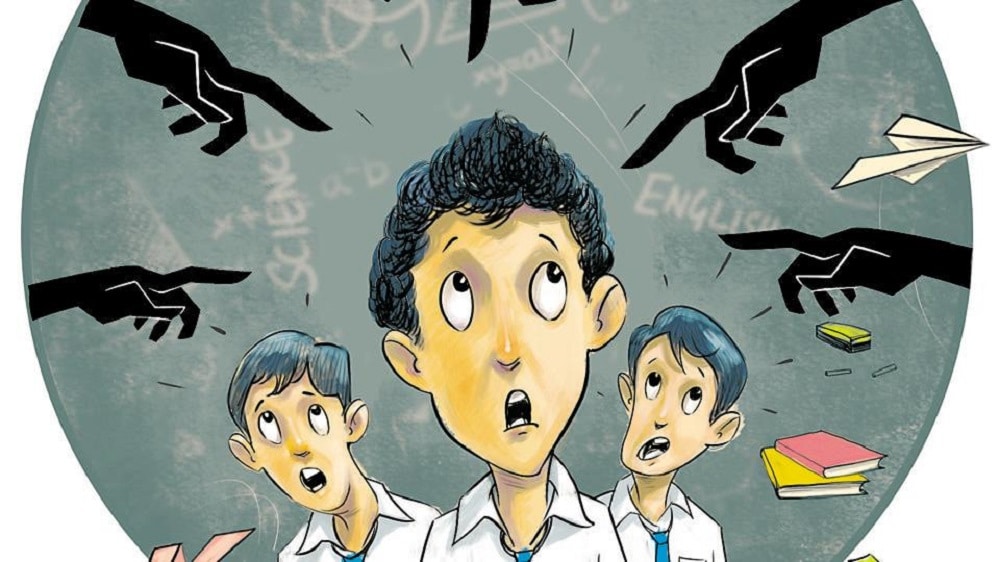 I am no stranger to racism. I grew up in the 1970s in the United Kingdom, when anyone with a foreign look was subject to routine abuse and sometimes violence. There were areas of my hometown where I could not go because ‘Pakis’ were unwelcome: hostility towards ‘foreigners’ was a real and palpable thing.

The UK was my country of birth. I grew up in a household which proudly owned its Pakistani heritage, but understood that in this new paradigm, we had to try and integrate with our indigenous ‘white’ neighbors. And so, my siblings and I lived double lives: proud Pakistanis at home – always supporting Pakistan’s cricket team, regardless of who they played, even England – and loyally (if somewhat cautiously) British when in school – supporting the England football team with the same passion and fervor displayed by our English friends.

Despite my efforts, however, throughout my childhood, I was never fully accepted as British. I was always the Pakistani kid at school (actually, more often than not, I was called the little Indian boy – the nuances of brown-skinned people’s nationality not being worth understanding by my peers and teachers). It was difficult to understand why people could be so hostile to ‘one of their own’.

I knew no country other than the United Kingdom and when I was told to go back to where I came from, I was genuinely perplexed: did they mean go back to the suburb in which I lived, or to the hospital in Birmingham where I was born?

Things have changed a great deal since those days and I’m no longer confused about my identity. Now, I barely, if ever, think about those days and the difficulties I faced trying to be accepted; to reconcile my two different identities.

But recently, those memories have resurfaced. Racism in the UK still exists, of course. But society and the State have made sincere efforts to eradicate its scourge and being racist is now seen as a socially unacceptable phenomenon. That appears not to be the case in the ‘world’s most populous democracy’, however, and I find myself wondering about the little Indian Muslim boy and girl who were born in a country that appears to resent their existence. Not because they look different, but because of the faith they observe. 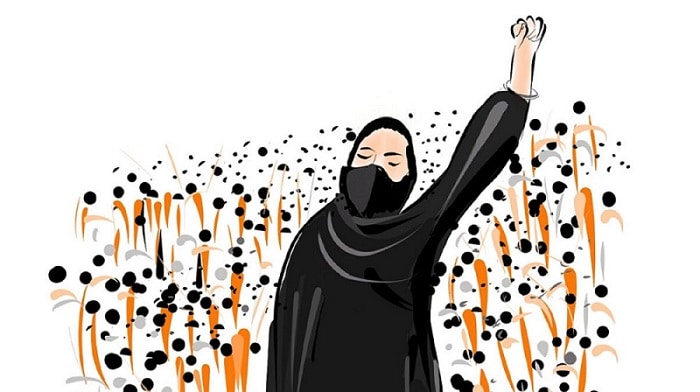 Hindutva anti-Muslim policies and rhetoric routinely identify Indian Muslims as shady fifth-columnists, working to destroy India from the inside; working to a nefarious Pakistani agenda to de-stabilize the nation and promote Islamic supremacy. Moral panics about the so-called ‘love jihad’ in which the fallacy is promoted that Muslim boys are marrying Hindu girls in order to convert them and increase the Muslim population is a widely held truth amongst a significant number of ordinary Indians.

The recent hijab ban in educational institutions, attacks against Muslim laborers, murders of ordinary Indian Muslims simply for being Muslim and the hateful speeches of prominent Hindutva supporting politicians – BJP President Amit Shah described Muslims as “termites”, for example – are well-documented examples of the relentless onslaught against India’s Muslim minority.

Even the abhorrent online ‘sale’ of prominent Indian Muslim women has not shaken Indian society enough to protest against the BJP Government’s continued normalization of the politics of hatred and division.

It is the responsibility of Indians of all faiths and no faith to speak up against what is happening to the Muslim minority. India was born on principles of secularism and freedom – proud and laudable principles which today are sacrificed at the altar of political expediency.

India has a history of sporadic communal clashes, from the brutal violence which marked her hard-won freedom from Britain in 1947, to the regular vicious convulsions which see Muslims targeted by rioting Hindu mobs, spurred on by the anti-Muslim rhetoric spewed by right-wing politicians and media. At least in the past in the UK when a politician said something racist, they were censured and ostracised for their unpalatable opinions. Not so in today’s India. Any pretense of being an integrated, free, proudly secular society has been given the lie by facts on the ground.

Recently, the founder of Genocide Watch warned of what he felt was the impending genocide of Muslims in India. Prominent polemicists, like Noam Chomsky, have spoken at length about how Islamophobia in India has turned Indian Muslims into a ‘persecuted minority’. Even the prominent Indian writer and politician, Shashi Tharoor has written about Indian Prime Minister Narendra Modi’s ‘Anti-Muslim Jihad’.

In the UK today, the immigrant populations are applauded for all that they have brought to that once insular society. They are the ones who were at the frontlines, as nurses and doctors, as cleaners and shopkeepers, risking their lives to help their compatriots during the pandemic. Muslims in India were no different. They have been active in all walks of life and are invested fully in ‘Rising India’.

However, even here, where once India could proudly claim its pluralist credentials, today’s Indian Muslims, according to Shashi Tharoor, are ‘dramatically under-represented in the police forces and elite central administrative services, and they are over-represented in the prisons’. Even Tharoor found himself labeled an ‘anti-nationalist’ for pointing out the anti-Muslim bigotry pervading all walks of Indian society and politics.

As a new generation of children grows up traumatized and wary of their non-Muslim compatriots, how can they ever trust that when they grow up, they will have the same rights, status and opportunities as Hindus as promised to them by their country’s constitution? How can they not feel that underpinning all the talk of democracy and religious freedom is a deeply embedded hatred of them because of the way in which they worship? How long before they stop hearing racist compatriots telling them to “go back to Pakistan”?

Today I ask myself, how do those children feel when they hear their parents talking about the latest incident of ‘communal’ violence or about new restrictions on their daily practices. How do they reconcile the fact that their co-religionists in Kashmir are subjected – by their own government, no less – to life in what has effectively become a concentration camp? Do they fear that one day, they will be rounded up and put aboard trains, never to be heard from again?

I know that there were times when my fevered childish imagination would conjure up these very fears after yet another beating or a narrow escape from Skinhead thugs as I walked home from school. How do young Indian Muslims feel when the friends they have made from other faiths no longer see them as equals or, perhaps worse, even as fellow Indians? Because it’s hard not being accepted. I, and others of my generation, know this all too well. I know, from experience, how difficult it will be for these young impressionable minds to shake off the traumas they face daily around their identity and sense of belonging.

Systematically, the voices of India’s Muslims – the new untouchables – are being silenced while ordinary Indians sit silently allowing it to happen because it does not affect them. As a child I was deeply affected by Pastor Martin Niemoller’s famous poem, “First They Came…”.  I urge readers to look at it again (It is reprinted below). Written as a piece of prose to denounce Nazi atrocities, the sentiments expressed in it are relevant to today’s India.

First they came for the socialists, and I did not speak out—
Because I was not a socialist.

Then they came for the Jews, and I did not speak out—
Because I was not a Jew.

Then they came for me—and there was no one left to speak for me.

It is the responsibility of Indians of all faiths and no faith to speak up against what is happening to the Muslim minority. India was born on principles of secularism and freedom – proud and laudable principles which today are sacrificed at the altar of political expediency. Historically, dictators have, since time immemorial, used identity politics to create division and gain quick and easy support from the masses. By the time their populations realize what is happening it is already too late. They have already become inured to toeing the party line and once-proud, patriotic voices are silenced through fear of reprisals for crimes against the State. By this point, raising one’s head above the parapet no longer remains an option.

In short, it is past time for the moral majority to raise their voices against the tyranny of hatred in their midst. The Muslims of India will thank you. A generation of Indians will thank you because they will not have to grapple with the identity issues that hamstring them before they’ve even taken their place in society.

And, for what it’s worth, the little Muslim boy who experienced mindless hatred every day in Birmingham because of the color of his skin will thank you for preventing others from facing what he faced.