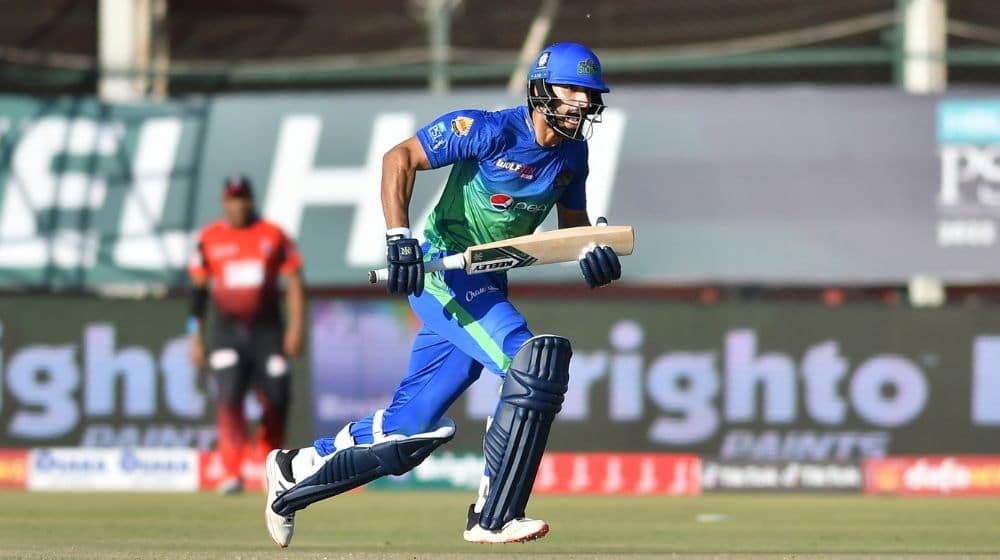 Shan Masood called out Mazher Arshad, a renowned statistician, for misinterpreting facts and presenting his statement out of the context. Mazhar Arshad had claimed that Shan Masood himself declared his slow strike rate in the powerplay as a drawback for Multan Sultans.

He also declared that Muhammad Rizwan and Shan Masood’s defensive approach in the powerplay kept the power hitters from utilizing their potential as they faced fewer balls in the end.

Taking to his Twitter account, the statistician wrote, “I don’t think Shan and Rizwan should be eating too many balls and killing the resources for six-hitters like Rossouw, Tim David, and Khushdil. Both Shan and Rizwan even admitted during the tournament that they messed up games due to their go-slow approach.”

Adding to his statement, Mazhar Arshad claimed that Shan Masood himself had said that impact players should be given more chances as he praised England’s decision to go with an explosive opener in the face of Jos Butler. However, while playing for Multan Sultans, Shan Masood did the complete opposite.

Replying to the criticism, Shan Masood declared the statement as misinterpreted. The Sultans opener wrote, “Please do not misconstrue facts. When I spoke about messing up, it was only referring to the match against Karachi Kings and not other games as you have said. Secondly, you have also wrongly interpreted what I said on TV during my time with Ten Sports.”

Please do not misconstrue facts. When I spoke about messing up, it was only referring to the KK match and not other games as you’ve said. Secondly you’ve also wrongly interpreted what I said on TV during my time with ten sports. 🙏🏽🙏🏽🙏🏽

Shan Masood opened all 12 matches for Multan Sultans alongside Muhammad Rizwan, scoring 478 runs at a strike rate of 138.15. Multan Sultans won all their matches in PSL 7 except two games against Lahore Qalandars, including the final.