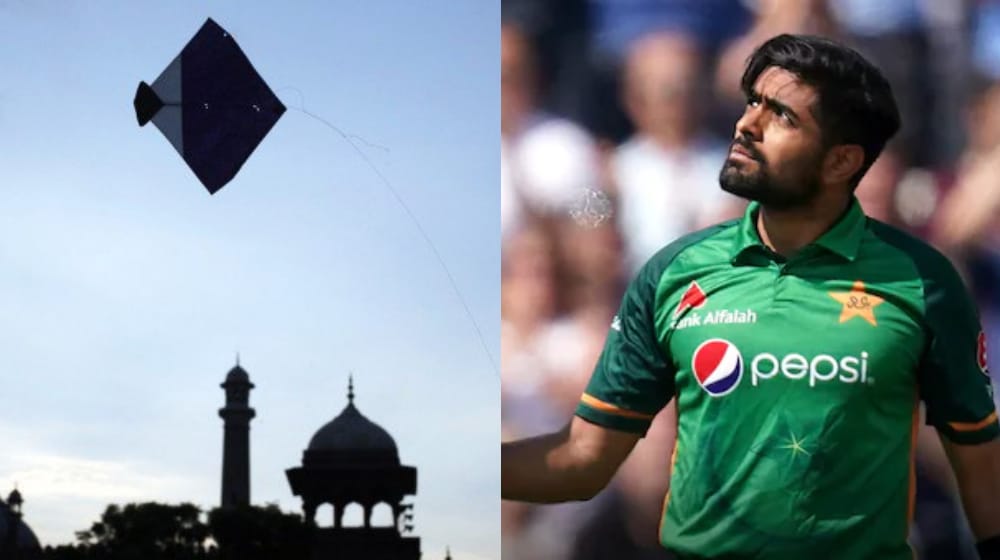 Basant festivities kick off all over the country with the arrival of the spring season. Besides flying kites, people make the most of this festival by doing BBQ and dancing to different beats with their loved ones.

Some people aren’t lucky enough to enjoy this festival to the fullest and national skipper Babar Azam is one of them, who is busy preparing for the historic Test series against Australia.

However, the 27-year-old seems to have found a way to be a part of the Basant festivities as he was recently seen flying a kite during a practice session at Rawalpindi Cricket Stadium.

The video is proof that the Basant festival is an integral part of Pakistani society and be it a common person or a celebrity, it is extremely hard to keep them away from flying kites for long.

While the excitement of fans is at an all-time high ahead of the historic Australia tour that comes after nearly 24 years, the preparations of the national team are in the final stages.

A 3-match Test series, a 3-match ODI series, and a one-off T20I are part of the historic tour. The tour will start with the first Test that will be played from 4-8 March in Rawalpindi.