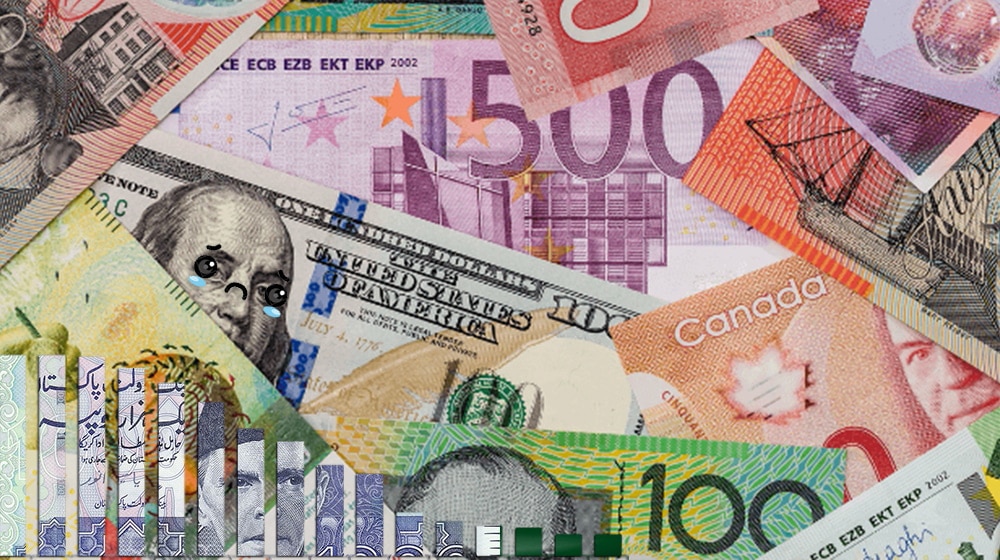 The Pakistani Rupee (PKR) continued to struggle against the US Dollar (USD) and posted losses in the interbank market today. It lost 21 paisas against the greenback after hitting an intra-day low of Rs. 177.7 against the USD during today’s open market session. 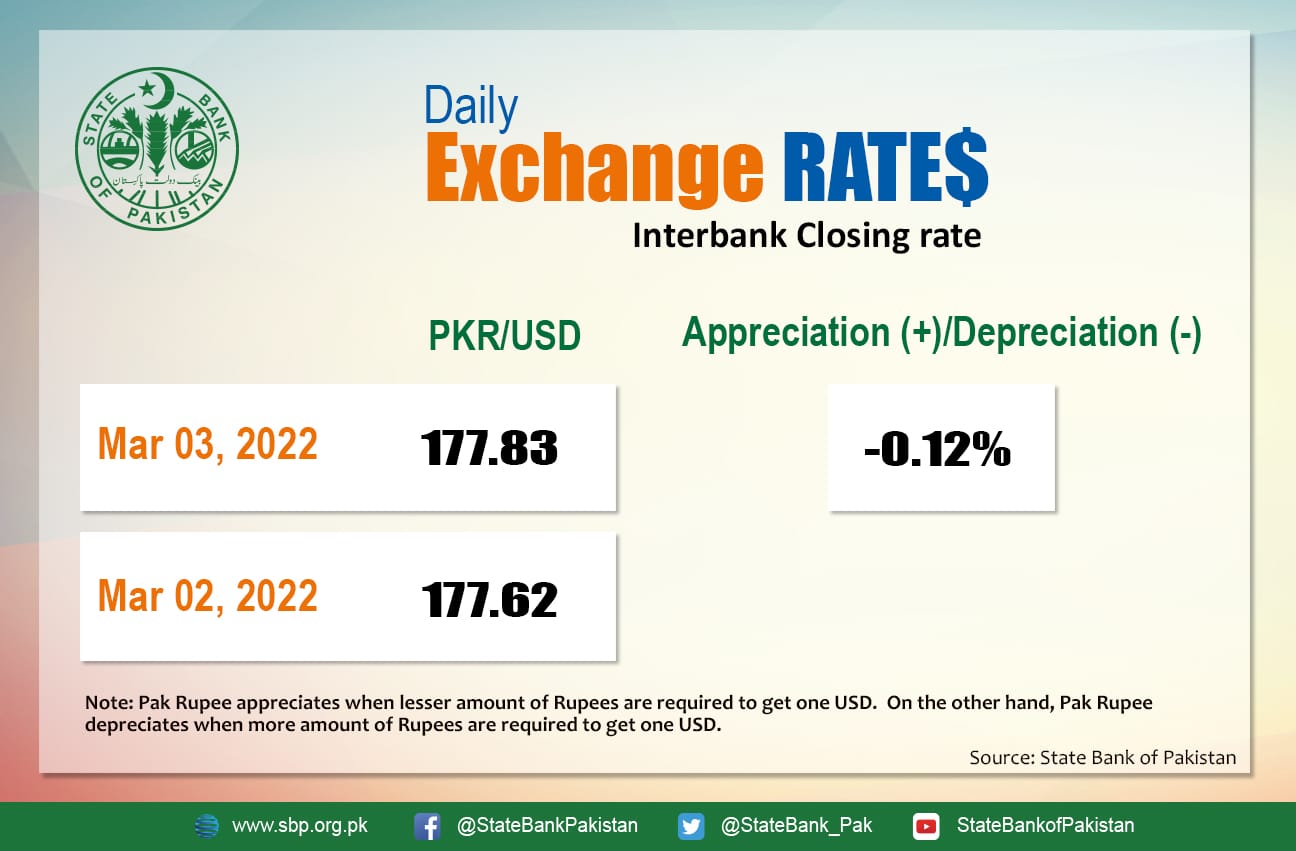 The rupee closed in red against the dollar today after global oil prices smashed multi-year highs amid severe supply disruptions across international markets.

It bears mentioning that Brent has risen by almost 37 percent in the last month alone, and the contract’s six-month spread set a record high of more than $21 per barrel on Thursday, indicating highly tight supplies.

Discussing the local currency’s performance earlier during the day, the former Treasury Head of Chase Manhattan Bank, Asad Rizvi, remarked that the increased exports contributed to a $3.1 billion decrease in the trade deficit, but greater imports are a poor indicator due to fewer business days in February. While the effects of rising oil prices will be felt next month, the latest remittance data will provide a clearer view of the country’s current account position.

Increase in exports helped in reduction of trade deficit to $ 3.1bn. But higher imports is a bad sign due to fewer business days in February. While impact of surging OIL prices will be felt next month. Remittances will provide clearer picture to determine C/A position

The PKR reversed gains against other major currencies and reported losses in the interbank currency market today. It lost 34 paisas against the Euro (EUR), Rs. 1.25 against the Australian Dollar (AUD), Rs. 1.43 against the Canadian Dollar (CAD), and Rs. 2.21 against the Pound Sterling (GBP). 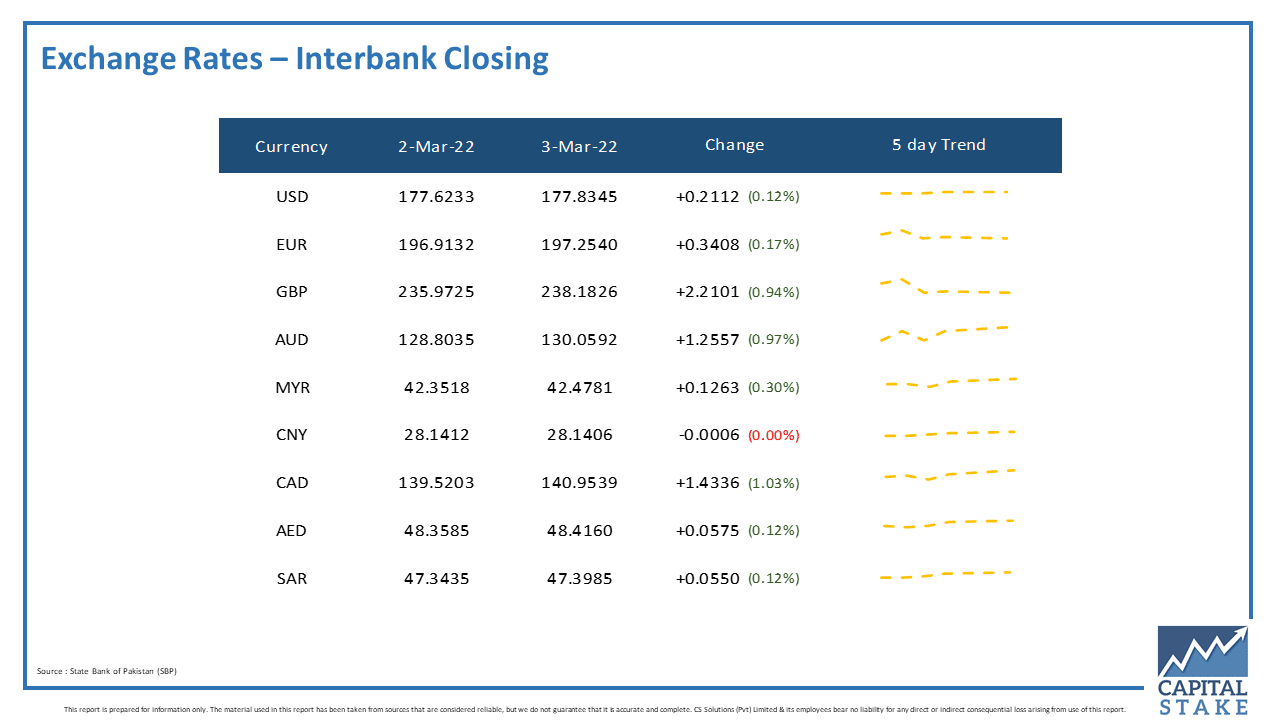 Moreover, the PKR lost five paisas against both the Saudi Riyal (SAR) and the UAE Dirham (AED) in today’s interbank currency market.