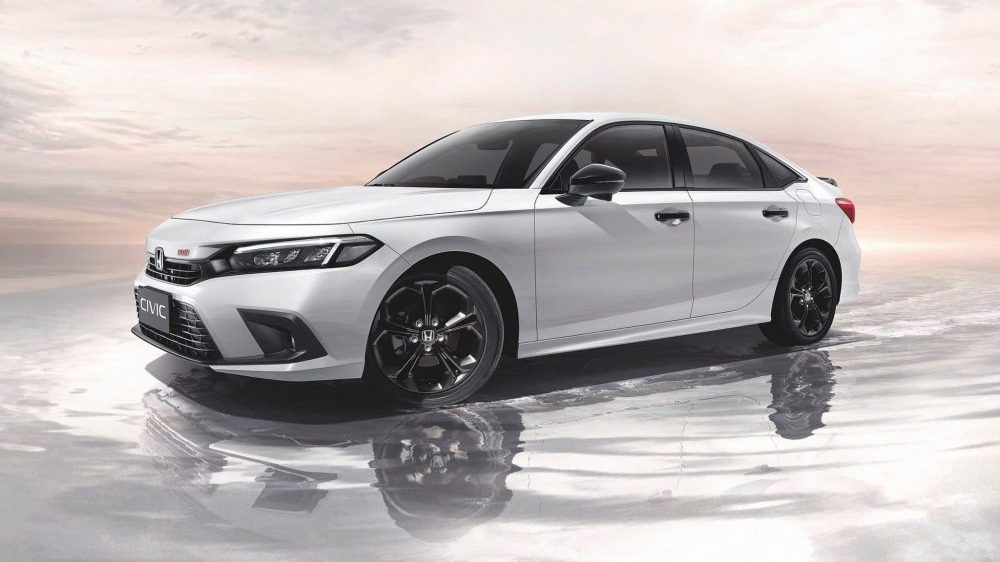 Like several launches that came before, the new Civic was also revealed in a digital launch, hosted by Aamir H. Shirazi, President of Atlas group, Hironobu Yoshimura, CEO of HACL, and Aamir Nazir, General Manager Sales and Marketing at HACL, who apprised the viewers about the various aspects of the vehicle.

Unlike the 6th generation Honda City launched last year, the 11th-gen Civic is actually the latest product in the market and stands head-and-shoulders its competitors i.e. the Toyota Corolla and the Hyundai in terms of performance and features. Albeit with a massive price tag.

Let us have a closer look at the vehicle and find out:

In terms of styling, the new Honda Civic is quite restrained compared to its predecessor, which is a positive attribute.

The front end looks dignified, yet imposing, with a huge bumper grille in the center and a sleek main grille between the headlights. The newly-designed headlights have sharp Daytime Running Lights (DRLs), adding to the menacing look. The elongated and straightened-out bonnet design adds to the overall sophistication.

The side profile features smooth and simple lines along the length of the vehicle. In Pakistan, the new Civic gets 17″ dark alloy rims (16″ in base and mid-level variants) that are more attractive than the previous generations.

The rear end is where the ‘European design influence’ shines through. The angular and sharp taillights, the straightened-out boot-lid, reflectors high up on the bumper, the central trim down below, and the dual oval exhaust tips (in the top trim only) make the car look like a sporty Audi. 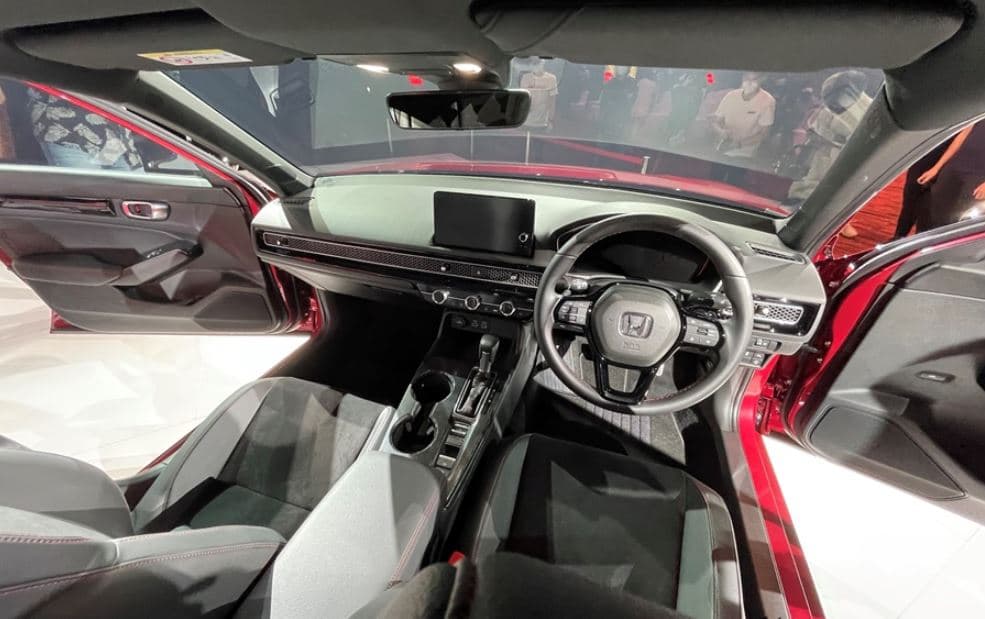 Honda has extensively revised the interior of the 11th-gen Civic. A minimalistic dashboard design, silver trim pieces at various points in the cabin, and ambient lighting give the interior a premium feel. The top variant features a black interior with red stitching, while the base and mid-level variants feature a dark grey interior.

It has a large, 9-inch top-mounted infotainment screen that features Apple Carplay and Android Auto. The base variants are dressed in soft fabric, while the top variants have leather upholstery.

Although the Civic is still a C-Segment compact sedan, the Civic is slightly larger than its competitors. Here is what is known about its proportions: 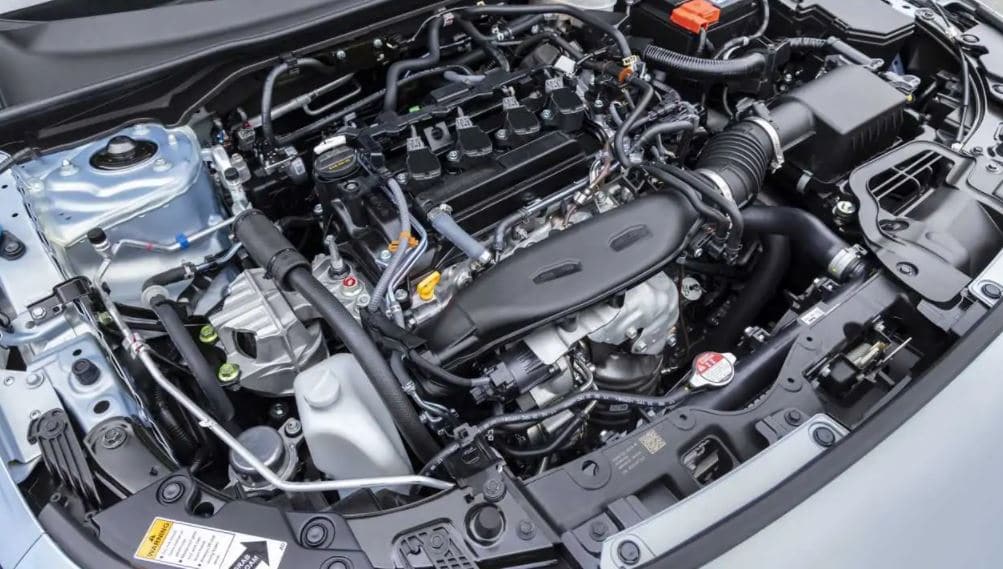 The new Honda Civic will be offered in three variants. The Base and mid-level variants will have a turbocharged 1.5-liter four-cylinder petrol engine that produces 127 horsepower (hp) and 180 Newton-meters (Nm) of torque and is mated to an M-CVT automatic transmission.

The top-variant also has a 1.5-liter turbocharged engine that is tuned to make 176 hp and 220 Nm of torque and is mated to an LL-CVT automatic transmission.

It has McPherson struts up front and a multi-link coil spring setup in the back. It is also fitted with disc brakes on all four wheels with Anti-lock Braking System (ABS), Electronic Brakeforce Distribution (EBD), and Brake Assist (BA) technology to allow for decent stopping power.

According to auto-data.net, the new Civic has a fuel economy of 14 liters per kilometer internationally, however, the figures are likely to be different in Pakistan. Plus, with a power-to-weight ratio (PWR) of around 0.35 hp/kg, the new Civic will be the quickest, most exciting, and most capable car in the country.

The new Civic is loaded with modern features including:

Note: Honda Sensing is an advanced features package offered in the top variant only.

Despite being a compact sedan that competes with Hyundai Elantra and Toyota Corolla, its price is almost the same as the cars that are a class above it. In comparison, its competitors seem like a better value. But for those who want performance, style, comfort, and utility, the new Civic is the best opt 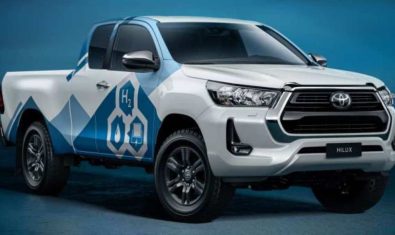 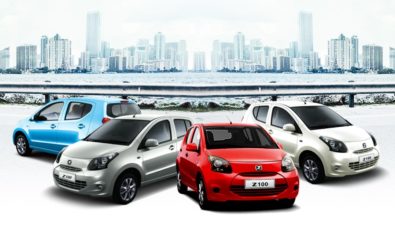 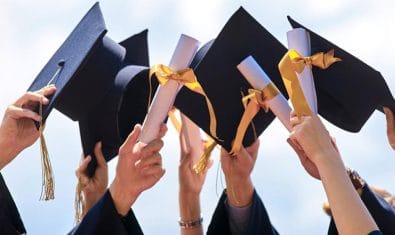 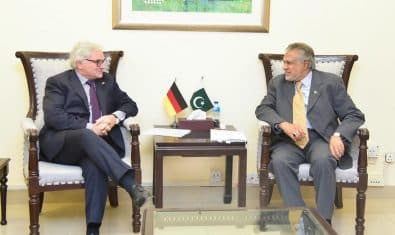 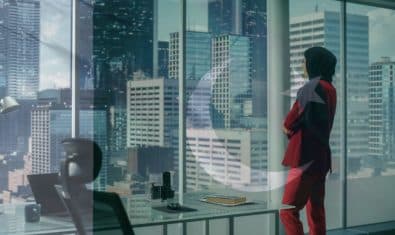