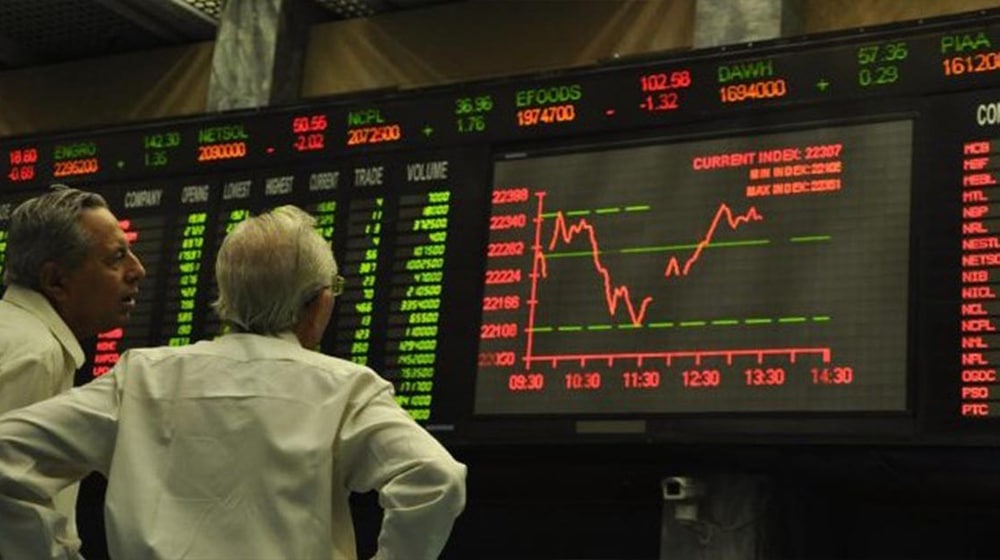 Pakistan equities witnessed a selling spree today across the board as deepening Russia/Ukraine tension continued over the last weekend.

The Pakistan Stock Exchange (PSX) saw a berserk sell-off during the trading hours, with the benchmark KSE-100 index losing 1500 points in intraday trading.

Global commodity prices (oil, coal, wheat, and other major commodities) which are already trading at their multiyear highs further escalated due to the aforesaid dispute.

After opening trade at 44,419.16 points, the market showcased bearish sentiments, with the KSE-100 index losing over 1,500 points in the day.

Moreover, local political vibes regarding “No confidence Vote” against the serving Prime Minister put further fuel to the fire and compelled the market to take a nosedive correction.

The market is feeling the heat of international oil prices. Although the economy is short-term protected due to PM’s pause in fuel prices, this would have impact on your PKR and FX reserves. SBP could turn hawkish tomorrow. It’s time to pray that oil and other commodities peak out. If it sustains for a quarter, we are going for a hard landing.

ALSO READ
Bank Financing for SMEs Surges to All-time High
Moreover, local political sentiments regarding the “No-Confidence Vote” against the serving Prime Minister added further fuel to the fire and compelled the market to take a nosedive correction.

The Pakistan Stock Exchange (PSX) flinched after oil prices soared to their highest since 2008 due to the postponing of the potential return of Iranian crude to global markets after the United States and its European allies considered banning imports of Russian oil.

Around 236.70 million shares were traded at the exchange, with 296 of the 362 active scrips declining in value, only 44 advancing and 22 remaining unchanged.

Oil prices surpassed $130 for the first time in more than a decade during the early hours today after news that buyers are racing to replace Russia’s banned crude by paying record premiums for barrels that can be delivered now rather than later, underscoring concerns about sufficient near-term fuel supplies. Brent jumped above $130 a barrel as fears of a global economic slowdown intensified.

At the time of press, Brent futures were sitting at $129 a barrel in mid-day Asia trade — the highest since September 2008, up by over $20 in a space of two days. Consequently, the US Western Texas Intermediate (WTI) crude futures rose above $124 a barrel after reaching a high of $125.9 earlier today.