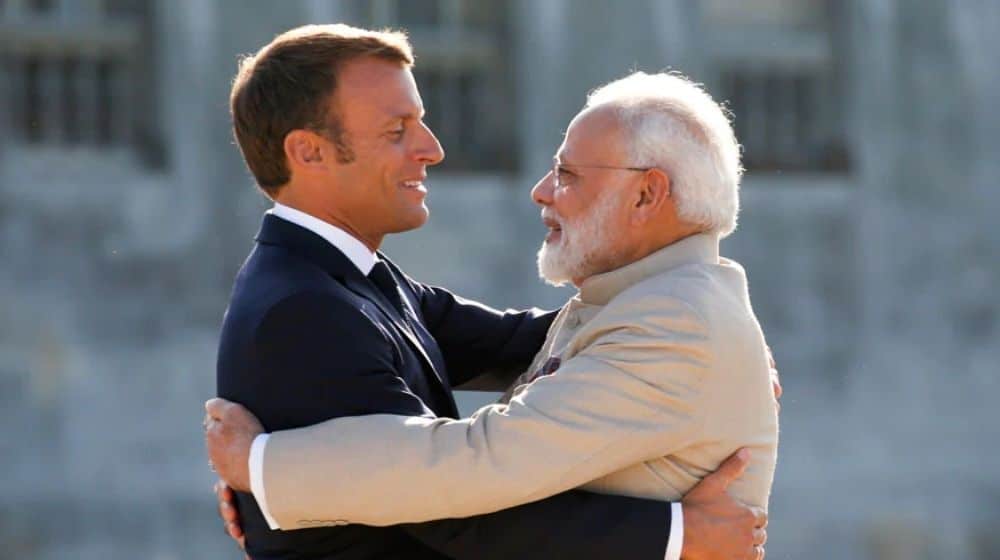 We all know that the FATF is a by-word for impartiality, right? Resolutely unbiased, unwavering in its objective of preventing illicit financing for terror organizations and, of course, never bowing to pressure from member states who have a foreign policy axe to grind against other members. That’s the FATF we all know and love, surely? Therefore, allowing Pakistan to languish on their grey list must have been a fair decision based on detached objectivity, no?

And if you believe that I have some magic beans I’d like to sell you.

Pakistan has been on the global terror financing watchdog’s grey list since 2018, having been adjudged by the Paris-based organization to have strategic anti-money laundering and counter-terror financing (AML/CTF) deficiencies.

While the FATF’s judgments are not legally binding on any country, they are hugely influential as it makes Pakistan’s engagement with international financing institutions, such as the IMF, World Bank, and others more difficult.

Because Pakistan has shown its commitment to resolving these deficiencies, we were placed under the FATF’s increased monitoring schedule – the infamous grey list. A 34-point action plan was delivered to Pakistan to act upon in order to shore up their AML/CTF measures. Had we not shown this commitment we may well have joined Iran and North Korea on the black list, so we should count ourselves fortunate on that score. I guess we should be thanking the FATF for their forbearance and magnanimity.

Of course, being on the grey list is no picnic either. While the FATF’s judgments are not legally binding on any country, they are hugely influential as it makes Pakistan’s engagement with international financing institutions, such as the IMF, World Bank, and others more difficult. Remittances coming into the country, and foreign currency going out are subject to greater scrutiny and consequent delays, making it difficult to maintain economic ties with the international community. It is in effect a form of economic sanctioning, although perhaps nowhere near as stringent as the sanctions placed on countries on the black list. We should, I suppose, be grateful for this small mercy, at least.

It is estimated that being on the grey list has cost Pakistan around $38 billion. Just imagine how much it would have cost us had we been placed on the black list. I’m sure there are those who are gullible enough to believe that the FATF has been more generous towards Pakistan than we deserve. The truth is, however, that while $38 billion may be chump-change for developed western countries, for Pakistan it is a catastrophic loss. Pakistan is a country trying to lift itself out of economic stagnation and is still suffering from generations of financial mismanagement and corruption.

At a time when the international community has been doing all it can to bail out countries whose economy has been devastated as a result of the pandemic – including countries with greater economic stability than ours – Pakistan has been penalized and treated unfavorably throughout the pandemic by international financial institutions. Despite this, at a time when other countries have effectively been forced to abandon their citizens to their fate, Pakistan has embarked on an unprecedented program of welfare support which has helped lift millions of Pakistanis out of poverty and prevented millions more from sliding into further economic hardship. How useful, then, would that lost $38 billion have been? For many, it would have made the difference between survival and economic ruin; life and death.

Even the FATF acknowledges Pakistan’s efforts to resolve any outstanding issues, and the Pakistani delegation was quietly optimistic about their chances of regaining white list status. After all, Pakistan had successfully completed 30 of the FATF’s 34 action points. Other grey list countries, in the past, who have not completed all of the FATF’s action points but have shown significant improvements, have been restored to the white list. So why not Pakistan? Could it be that the FATF has become another weapon of coercive diplomacy, wielded against Pakistan by the international elite? Let’s examine the facts.

It would appear that two countries, in particular, have been lobbying hard for Pakistan to remain under increased scrutiny. The motives of the first – India – are never hard to understand. India remains invested in presenting Pakistan as a haven for terror organizations. New Delhi has made no secret of the fact that it wants Pakistan to be further penalized by being placed on the black list, but their efforts, much to their frustration, have always been thwarted. It appears that even the FATF could not justify that move; at least not without proving once and for all that the decision to censure Pakistan is based on nothing more than support for the foreign policy interests of preferred member states.

New Delhi has made no secret of the fact that it wants Pakistan to be further penalized by being placed on the black list, but their efforts, much to their frustration, have always been thwarted.

France is a little more complicated. Riots and demonstrations across Pakistan urging the Government to cease all diplomatic relations with Paris have dramatically soured the relationship between the two countries. Pakistan has been one of the few Islamic countries to conduct a sustained diplomatic outcry against French President Emmanuel Macron’s decision to support the reprinting of blasphemous cartoons in the French magazine Charlie Hebdo. Paris has not reacted well to being called out on the issue. Consequently, France appears to be using the FATF sanctions as a sword dangled over Pakistan until it capitulates.

And now there is the issue of Russia. Pakistan remains resolutely detached from the current military conflict in Ukraine, something which the international community finds difficult to digest. There appears to be a determined push to drag Pakistan into the fray, culminating in an unprecedented open letter to PM Imran Khan by (decidedly undiplomatic) diplomats, urging him to denounce Russia. The need for a united front against Russia appears to be all-consuming for the Western powers and the FATF seems to be yet another tool with which to enforce compliance. Is it a coincidence, for example, that the UAE, another country guilty of not toeing the Western line over Russia, was also put on the grey list this week?.

Pakistan’s closer ties with Russia seem to be upsetting the strategic balance in the region – something which has alarmed India and her western allies. By forcing Pakistan’s hand and damaging the close emerging ties between Russia and Pakistan the Indians would again sleep soundly in their beds knowing that the status quo is restored, with Pakistan unable to move forward with her foreign policy objectives. Check and mate.

Curiously, India, who like Pakistan has remained on the sidelines of the issue, has not faced international disapproval on the same scale as Pakistan. The question must arise, therefore: is the FATF decision to keep Pakistan on the grey list another way to force Pakistan to capitulate to the needs of the international community and, specifically, to fears in New Delhi? In short, is the FATF being used as a blunt weapon to keep Pakistan in check?

For anyone who might think otherwise, please get in touch: I have a bridge I’d like to sell you.