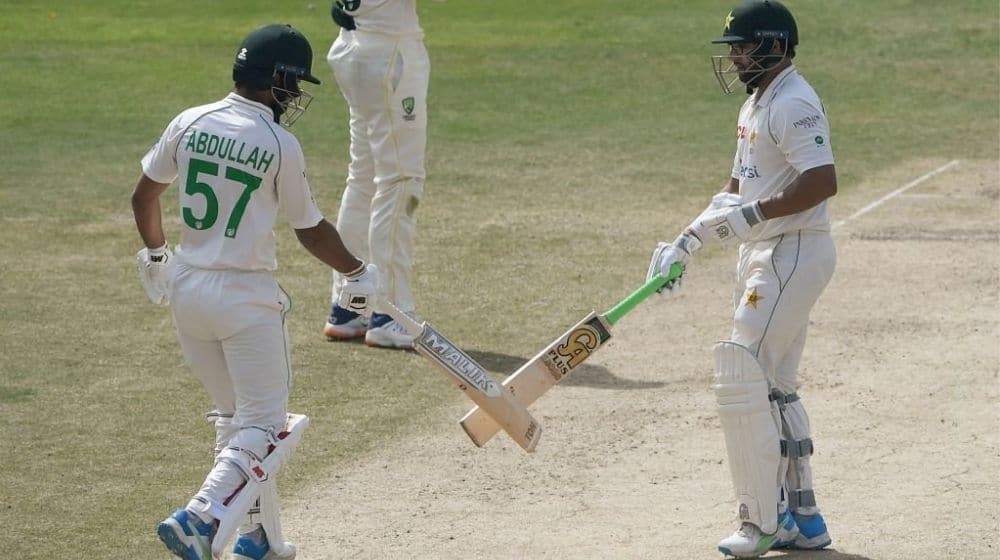 Pakistan’s latest opening pair of Imam-ul-Haq and Abdullah Shafique created history as they scored the highest partnership for Pakistan against Australia in Test cricket history. The duo put on an unbeaten opening stand of 252 runs as the two teams played out a draw in the first Test.

Imam and Abdullah scored twin centuries and remained undefeated in the second innings of the first Test match at Rawalpindi Cricket Stadium. The duo broke the record held by Abdul Kadir and Khalid Ibdullah who scored 249 runs against the Aussies in 1964.

Abdullah scored 136 runs off 242 balls as he brought up his maiden Test century while Imam continued his sublime form from the first innings and scored 111 runs off 223 balls to score his second century of the match.

Here are the highest partnerships for Pakistan against Australia:

The first Test match between Pakistan and Australia came to a disappointing draw as both the teams made full use of batting-friendly conditions on offer. The teams will be hoping to get a result in the second Test match which is scheduled to commence on 12 March at National Stadium Karachi.