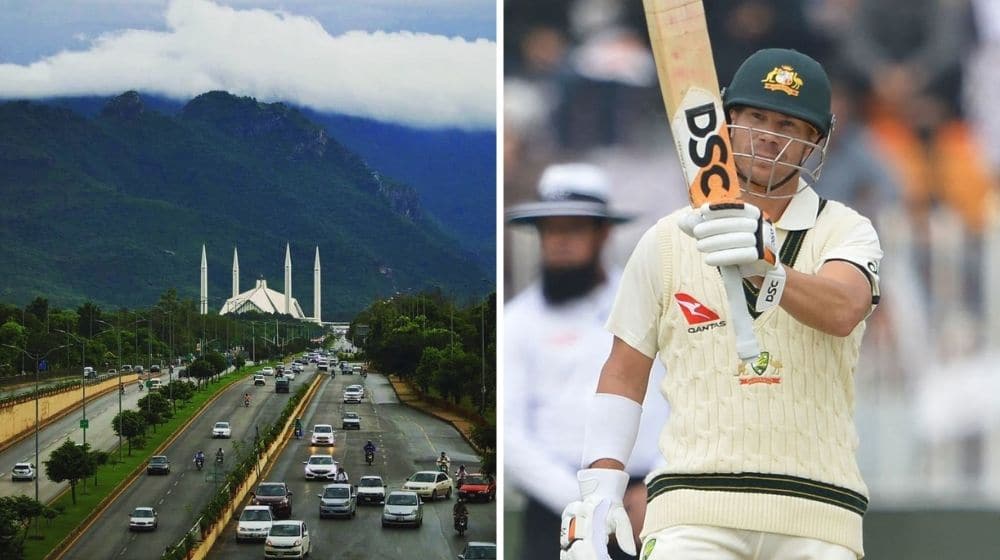 Australia’s experienced opening batter, David Warner is stunned by the beauty of Pakistan’s capital city, Islamabad. Warner, who is touring Pakistan for the first time was left in awe of the picturesque view from his hotel room in Islamabad.

“We went to Islamabad first and I’ve only great words to say about the place. It’s amazing, you have the mountains in the background and it’s quite visible from the hotel and the ground,” Warner stated.

Warner further added that he is enjoying his time in Pakistan and had a great time in the field in front of a passionate crowd at the Rawalpindi Cricket Stadium. He said that the fans are the most important aspect of sports and it is good to give them something to enjoy while on the field.

Warner’s dance moves in the ground went viral on social media as he enjoyed his time on the field.

The 35-year old stated that he believes that it is important to entertain the crowd in whatever way he can. He also talked about the wonderful crowd at Rawalpindi during the first Test and appreciated their support for both sides. He said that the fans invest a lot of their money and time to watch them play and follow them on social media and he feels it is his duty to give something back to them.

ALSO READ
Australia Likely to Send Women’s, U19 and A Teams on Pakistan Tours in Future

The first Test between the two sides ended in a disappointing draw and both the teams will be looking to gain an upper hand in the second Test match set to start on 12 March at National Stadium Karachi.