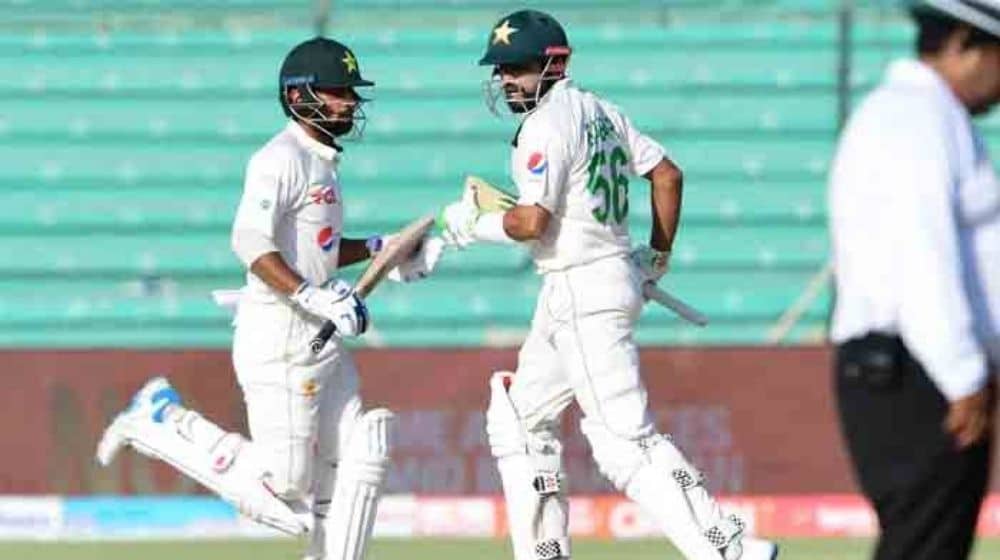 In the final two days, Pakistan had to chase a huge target of 506 runs. Playing the best knock of his career, Babar Azam scored 196 runs helping Pakistan reach 443 runs at the end of a thrilling day five.

A calm 96 by Abdullah Shafique and an unbeaten 104 by Muhammad Rizwan also helped the team’s cause. Pakistan’s 443 is the seventh-highest total in the fourth innings of Test cricket history, while it is the second-highest for Pakistan.

Previously, Pakistan had scored 450 runs in the last innings against Australia at Brisbane in 2016. Since Pakistan lost that match back in 2016, it is their highest ever total in the fourth innings of a Test match ending in a draw. 443 for 7 is also the third-highest fourth innings total to draw a Test match in the history of cricket.

In this regard, Pakistan played 171.4 overs which is the longest a team has ever played to draw a Test match. In 1995, England had survived 165 overs against Sri Lanka.

The three-match Test series between Pakistan and Australia has one last match scheduled at Gaddafi Stadium, Lahore. After the first two contests ended without a result, both teams will look to dominate in Lahore eyeing series victory.

Following is the list of highest team totals in the fourth innings of drawn Test matches: