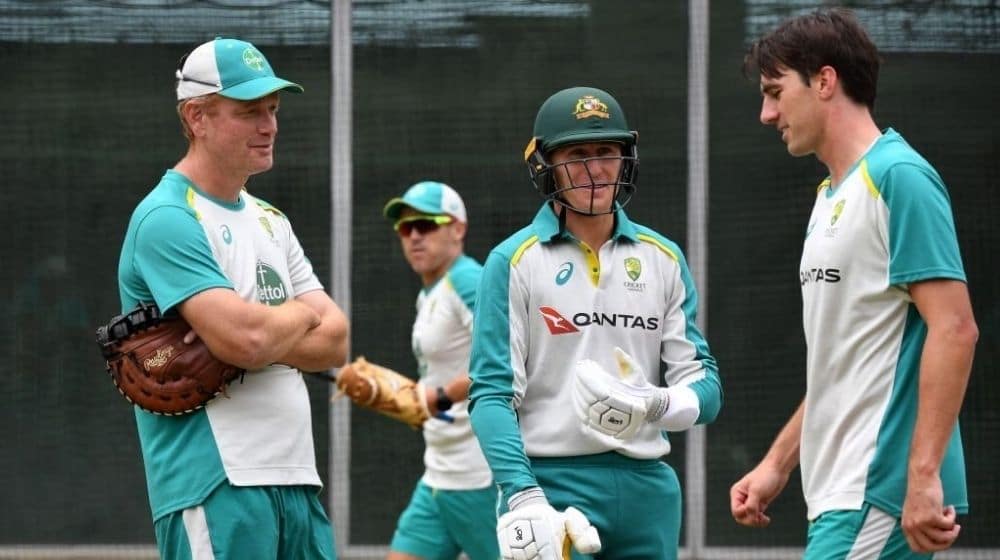 Australian head coach, Andrew McDonald has hinted at a few team changes without revealing too many details ahead of the third and final Test against Pakistan at Gaddafi Stadium, Lahore.

While talking in a press conference upon their arrival in Lahore, McDonald stated that fast bowler, Mitchell Starc’s inclusion in the side for the final Test will depend upon his fitness. He said that Starc has been exceptional for Australia in both the Test matches and it has not been easy to bowl in the scorching heat.

McDonald hinted that Australia might look to make some changes as they have excellent options on the bench as well. He said that they have outstanding bench strength and every player in the squad is mentally and physically prepared to take the challenge.

The head coach added that leg-spinner, Mitchell Swepson bowled brilliantly despite poor figures in Karachi Test but his inclusion in the side will depend on the conditions in the third match. He stated that the think-tank will make the final decision of the team combination after assessing the pitch conditions on offer.

McDonald added that the Australian side is upbeat ahead of the third and final Test and they will give their all to win the Test series 1-0.

The 40-year old also showered praises on Pakistan’s captain, Babar Azam, for his magnificent batting display in the second match. He stated that Pakistan played brilliant cricket and they should be given full credit for not letting Australia win the match.

The third Test is set to commence on 21 March at Gaddafi Stadium, Lahore. The two teams played out draws in the first two matches of the series and both will be looking to register a victory and win the historic series.