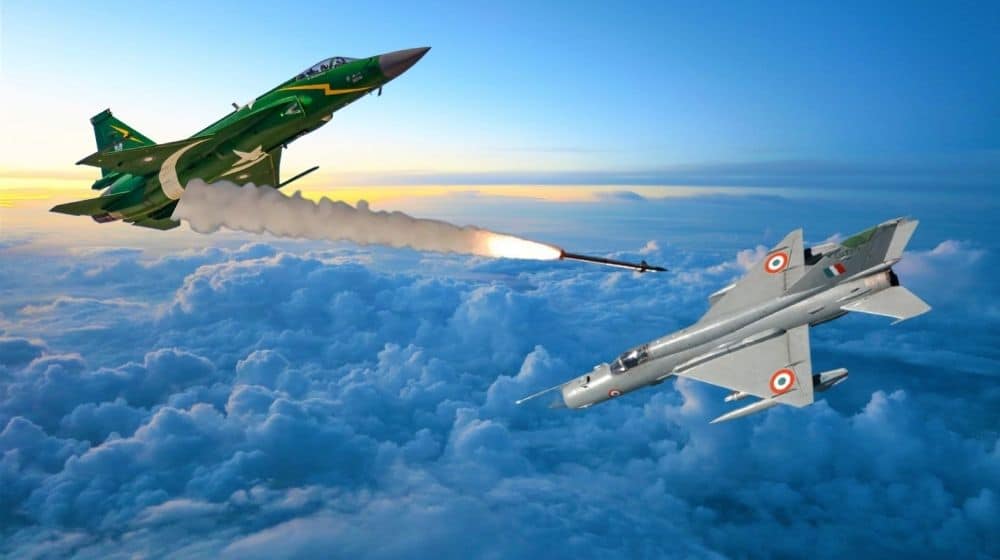 The Joint Fighter-17 (JF-17) and Mikoyan-Gurevich-21 (MiG-21) made headlines across the globe in February 2019, with the latter being in it for all the wrong reasons.

The JF-17 is a lightweight, single-engine, 4th generation combat jet. It has been jointly developed by the Pakistan Aeronautical Complex (PAC) and Chengdu Aircraft Corporation (CAC) of China.

The JF-17 fighter can perform multiple roles including interception, ground attack, anti-ship, and aerial reconnaissance. In addition to this, it can deploy a number of weapons including air-to-air missiles, air-to-surface missiles as well.

On the other hand, the MiG-21 is a single-engine 2nd generation fighter supersonic interceptor jet. It was developed by Mikoyan-Gurevich Design Bureau in the early 1950s during the Soviet era. It took its first flight in 1955 and was officially introduced in the 1959.

PAF used the JF-17 and shot down IAF’s MiG-21 as the former was returning after successfully targeting Indian military installations. As a result, Wing Commander Abhinandan Varthaman, landed in Pakistan after his MiG-21 jet was blown midair chasing the JF-17.

While the JF-17 is set to perform aerial maneuvers on the National Day Parade to be held on 23 March in Islamabad and will continue to do so for many years to come, in October last year IAF had announced to retire MiG-21, its longest serving fighter jet, in the next three or four years in the wake of a series of tragic event, including several accidents and international disgrace.

Let’s have a look at the detailed comparison of the JF-17 and MiG-21 fighter jets.

MiG-21 has a number of variants. Only some of them are mentioned here.