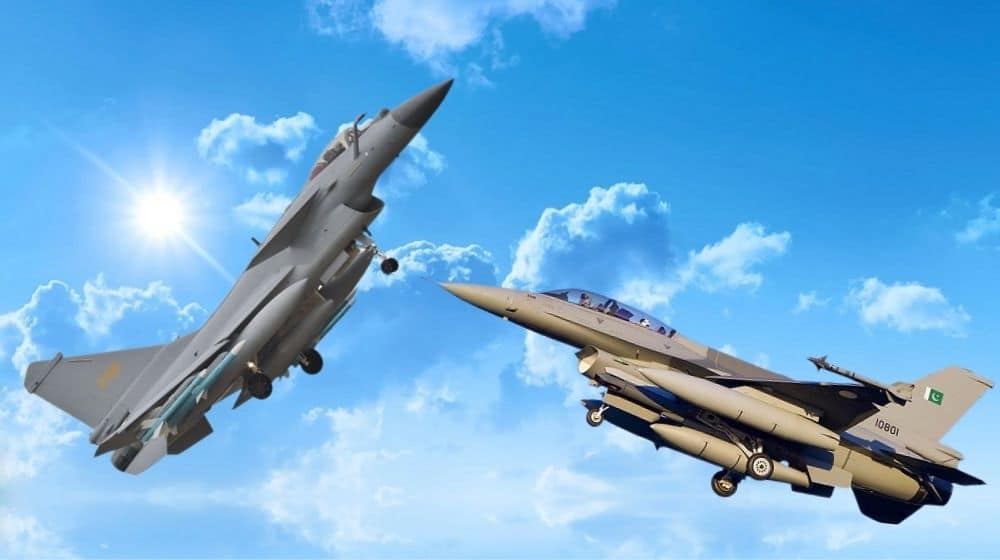 With just days remaining in the National Day Parade, the excitement among the public to witness the fighter jets performing aerial maneuvers above the Parade Ground is at an all-time high.

Talking of fighter jets, one name that immediately comes to mind is F-16. In 1983, Pakistan Air Force (PAF) acquired the first batch of F-16 jets from the US. The first Pakistani F-16 was flown by Squadron Leader Shahid Javed at PAF Base Sargodha which is now known as PAF Base Mushaf.

The F-16 Fighting Falcon is a single-engine multirole fighter jet. It was initially designed as an air superiority day fighter aircraft. It later evolved into a formidable all-weather multirole jet.

Despite manufacturing the JF-17 fighters in collaboration with China in February 2010, F-16s still remain relevant in the national aerial defense and they will continue to do so in coming years.

F-16s, JF-17s, and the recently inducted J10-Cs now constitute the primary aerial defense of the country. PAF inducted the J-10C fighter jets after acquiring them from China in just eight months rather than years that defense manufacturers normally take to deliver a fighter jet such as the J-10C.

The J-10C fighter jet is a multi-role combat aircraft capable of all-weather operations. It is primarily designed for air-to-air combat but it can perform strike missions as well.

In the last article of this special series, we compared JF-17 and J-10C. In the latest edition, we are going to compare F-16 and J-10C. So without further ado, let’s dive straight into it.

While the F-16 is lighter than J-10C and belongs to a previous generation, both have a similar engine and are designed for a similar role.

The length of F-16 is shorter than J-10C while its fuel capacity is also significantly lower than J-10C. Both jets have almost similar remaining features.

F-16 has a superior maximum speed and ferry range compared to the J-10. The rest of the characteristics are almost identical.

Both jets are loaded with a wide range of guns, rockets, air-to-air missiles, and air-to-surface missiles.

Note that Pakistan is the first country that has acquired the J10-C from China and most details of the export variant of the Chinese fighter jet are yet to be revealed officially.