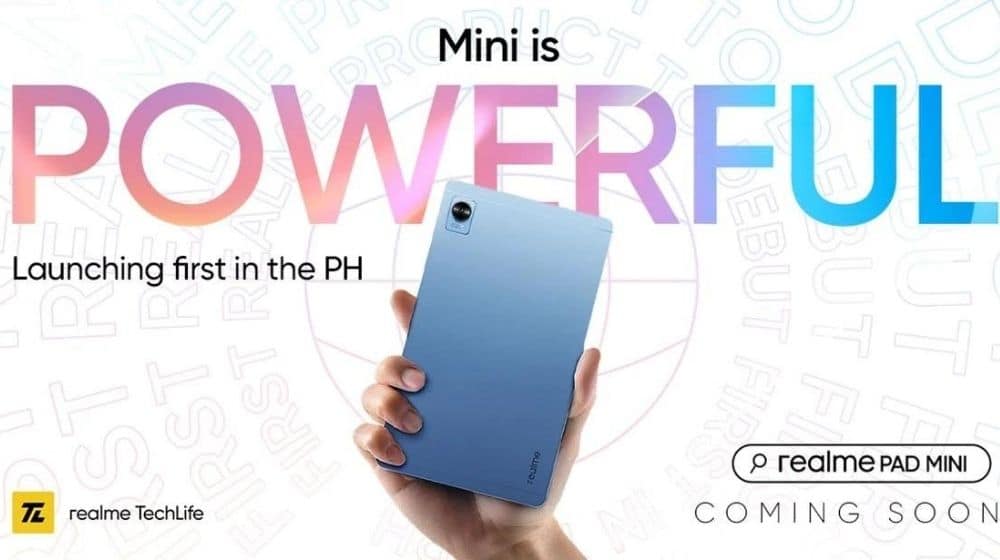 The highly-anticipated Realme Pad Mini was confirmed to debut soon, and yesterday we got the exact launch date for the Philippines, i.e., April 4th. However, ahead of the launch, an online retailer called Lazada has listed the entire spec sheet of the upcoming Realme tablet.

Although the specifications and features are in line with earlier rumors, i.e.,  a 6,400 mAh battery with 18W charging, Unisoc chipset, and a basic LCD, there’s more to the tablet than just this. 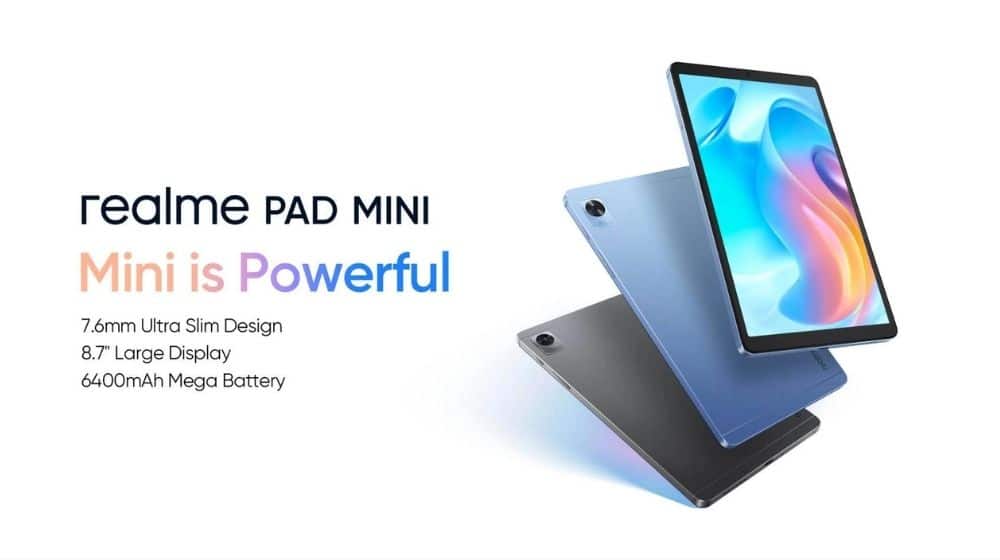 According to the listing, the device sports an 8.7″ LCD display with a 1340 x 800 pixels resolution and an 84.59 percent screen-to-body ratio. It has a 5MP selfie shooter, while its rear panel features an 8MP camera.

Under the hood, Pad Mini houses a Unisoc T616 chipset coupled with either a 3/32GB storage or a 4/64GB storage, which can be expanded using a microSD card slot. The Lazada listing further reveals the user interface to be Realme UI for Pad, which was first introduced with the Realme Pad.

Powering the Realme Pad Mini is a 5,000mAh battery, which supports 18W fast charging, in addition, to support for reverse charging. On the connectivity front, the tablet supports dual-band Wi-Fi, Bluetooth 5.0, USB-C port, however, it does not seem to feature a 3.5mm audio jack, on the downside.

While the Pad Mini is expected to arrive in Blue and Gray colors, there is no word on its pricing, as of yet. It will be the second tablet from the company after the arrival of the bigger Realme Pad, last year. On the website, the price of the Realme Pad Mini is listed at PHP99,990 (~$1,924), which is just a placeholder for now. Given that the regular Pad costs around PHP 11,000 (~$212) we expect the Pad Mini to be cheaper.