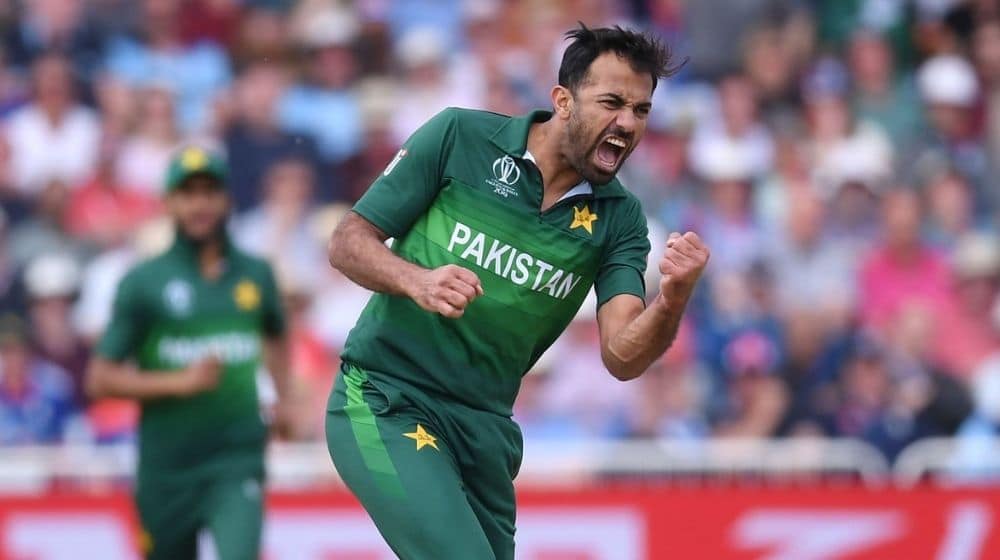 Pakistan’s express left-arm pacer, Wahab Riaz is hopeful of making a comeback to the national side for the 2022 T20 World Cup in Australia later this year. Wahab last played for the Men in Green over two years ago and has not been considered for selection due to his inconsistent run of form.

The 36-year-old is confident that he will be considered for selection ahead of the mega event. He believes his experience of bowling in Australia and his express pace will be key for the team.

Wahab revealed that his full focus is to make it back to the international arena and don the Green Jersey once again. He said that he will be looking to get the attention of the national selectors by performing in the upcoming ‘The Hundred’. Wahab was picked up by Super Northern Chargers for £75,000 for the second edition of the exciting tournament.

The left-arm pacer was full of praises for the performances of the current crop of Pakistani players. He said that he still has a role to play and will continue to put in hard work until his body gives up. He said that his dream is to play for the national side once again and who knows when that dream will be fulfilled.