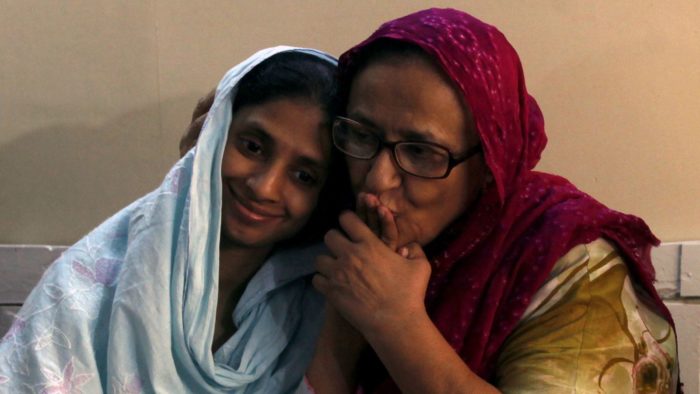 The mother of thousands of orphans, Bilquis Bano Edhi, and the wife of renowned humanitarian and philanthropist Abdul Sattar Edhi passed away at the age of 74 on Friday after a brief hospitalization.

Politicians, senior journalists, and other renowned personalities in Pakistan expressed deep sorrow over her demise while former and current cricketers of the Pakistan team also mourned the death of Bilquis Bano Edhi.

We have lost an amazing soul, a mother to thousands and a proper role model. May her unmatched legacy lives on and the hope to thousands remain as in her lifetime. Salute and respect. 🙏
إنا لله وإنا اليه راجعون#BilquisEdhi pic.twitter.com/IzyP5bg8Pj

A monumental loss to Pakistan as we lose a beautiful soul. She tirelessly served the poor and needy and was one of a kind hope to many. May she rest in peace and Almighty grant her highest place in afterlife. Aameen.#BilquisEdhi pic.twitter.com/d3EIaRIJKA

Mother to so many orphans, a sister to many grieving hearts; the kindest face of humanity. #BilquisEdhi had always been shoulder to shoulder with Abdul Sattar Edhi in his philanthropic efforts & continued his mission even after him May Allah bless her with highest ranks in Jannah pic.twitter.com/mGNbCAWpN6

Mohtarma Bilquis Edhi Sahiba breathed her last today. A philanthropist par excellence. Her contributions along with Edhi sb will never be forgotten. May Allah bless her soul & give us more people like her.
انا للہ وانا الیہ راجعون۔ pic.twitter.com/TB9PAMXeA7

The limited-overs all-rounder Shadab Khan also expressed his grief and sorrow over her demise.

We salute you Bilquis Edhi saheba. Your services to humanity will forever be remembered. May Allah grant you the highest rank in heaven and may your family get sabr. pic.twitter.com/gpAtC7WD0L

Inna Lillahi wa inna ilayhi Raji'un "Truly, to Allah we belong and truly, to Him we shall return."
One more humanitarian and philanthropist left us…Rest in peace #BilquisEdhi May Allah grant her highest place in Jannah Ameen pic.twitter.com/CALZD3iQiY