The Pakistani Rupee (PKR) finally reversed its fall against the US Dollar (USD) and reported gains in the interbank market today. The local currency gained 27 paisas against the greenback at the close of the session today. 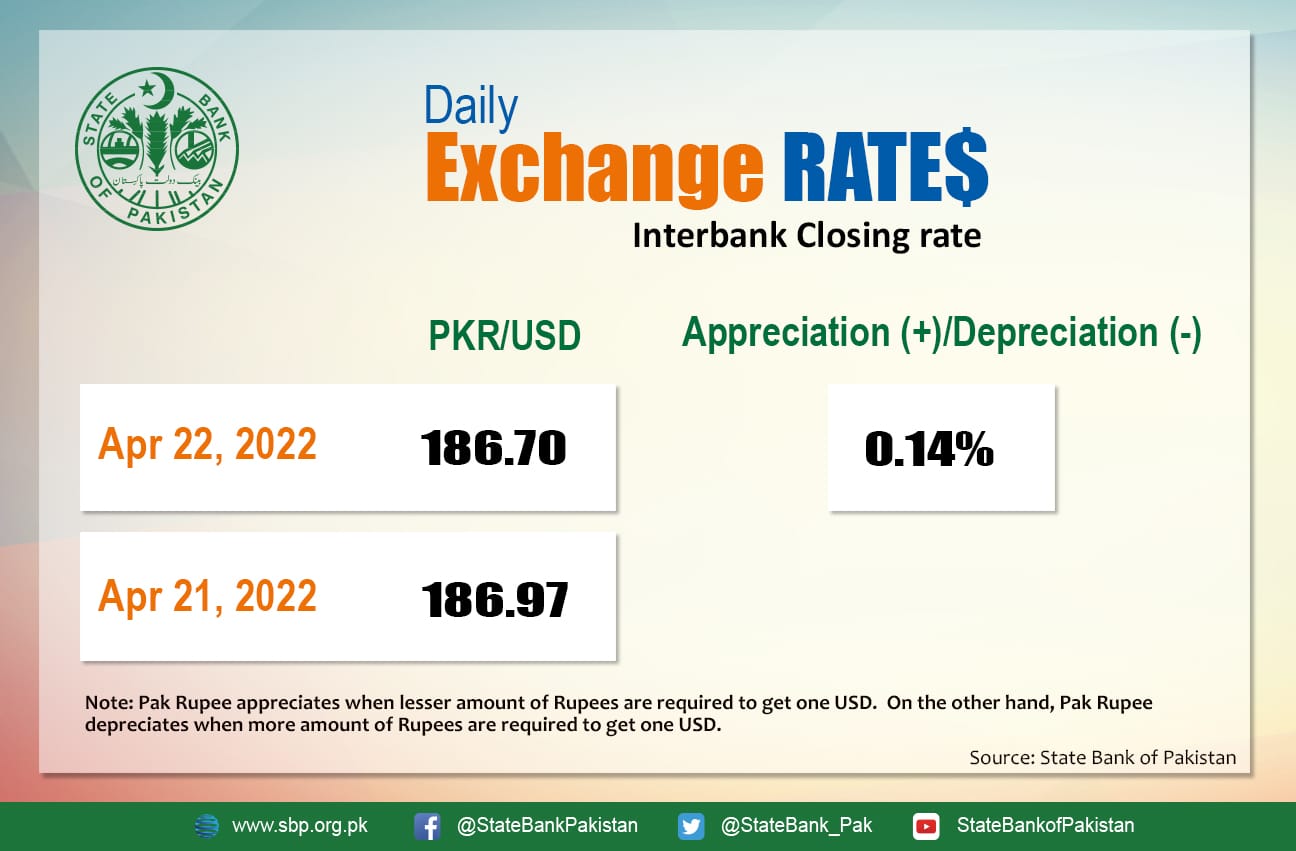 The rupee closed in green against the dollar today after oil prices slipped on Friday, weighed down by the likelihood of weaker global growth, higher interest rate, and COVID-19 lockdowns in China hurting demand even as the European Union considered a ban on Russian oil that would further tighten supply. At the time of filing this report, Brent crude futures dipped $1.59, or 1.47 percent, to $106 a barrel, while the US West Texas Intermediate (WTI) crude futures lost $1.62, or 1.56 percent, to sit at 102 a barrel.

In terms of factors affecting the exchange rate at home, the new government does not intend on extending the current State Bank Governor Dr. Reza Baqir’s tenure beyond his scheduled retirement date. Moreover, the coalition government is also expected to reverse the SBP (Amendment) Act, 2021, but would allow the central bank independence over future monetary policy decisions.

Discussing the local currency’s performance earlier during the day, the former Treasury Head of Chase Manhattan Bank, Asad Rizvi commented that after eight weeks, SBP’s net reserves have risen to $10.89 billion. Political instability has also put pressure on the PKR recently. For the time being, two critical considerations are the SBP Governor’s term renewal, which ends in three weeks, and Miftah Ismail’s meeting with the IMF, since FX reserves are rapidly decreasing.

After 8-consecutive weeks of fall NET RESERVES WITH SBP is up2 $ 10.89bn.Recent pressure on #PKR is also caused by political uncertainty. 2-crucial factors R renewal of SBP GOVERNOR’s term that expires in 3-weeks & Miftah’s meeting with IMF as Fx RES is fast depleting pic.twitter.com/EueHMmsVmH

The PKR reversed losses against the other major currencies and reported gains in the interbank currency market today. It gained seven paisas against both the Saudi Riyal (SAR) and the UAE Dirham (AED). 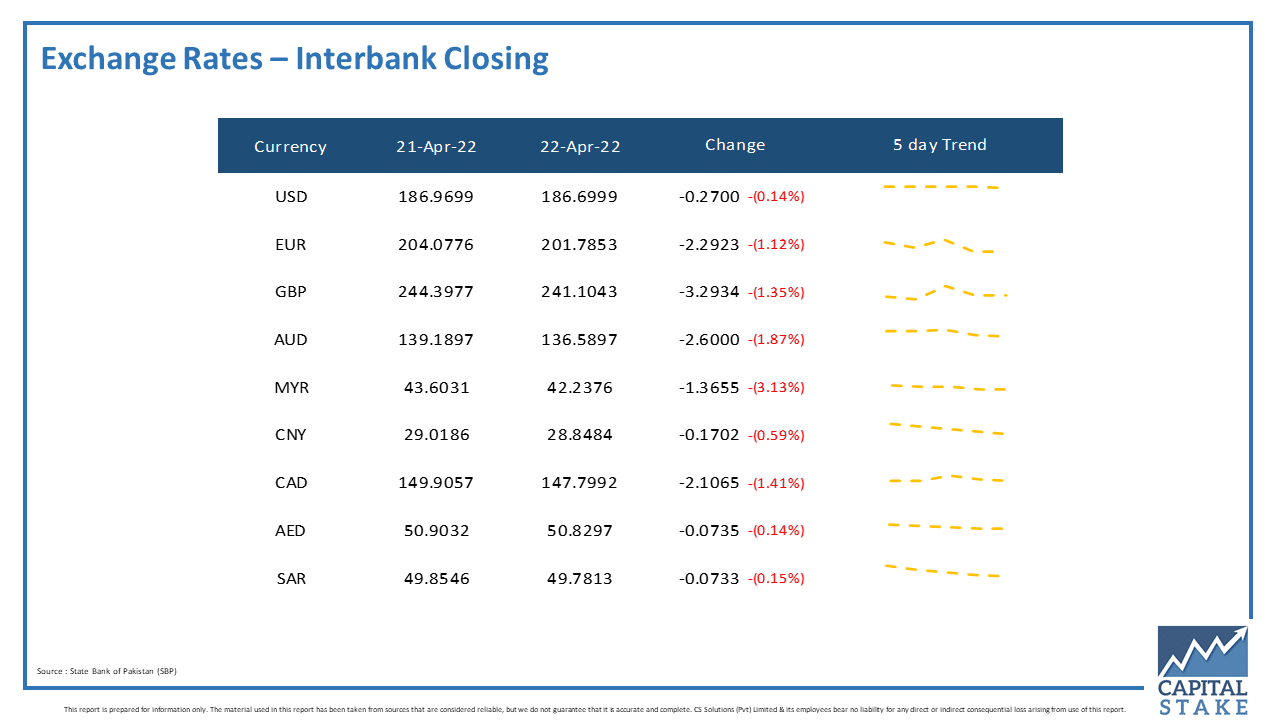