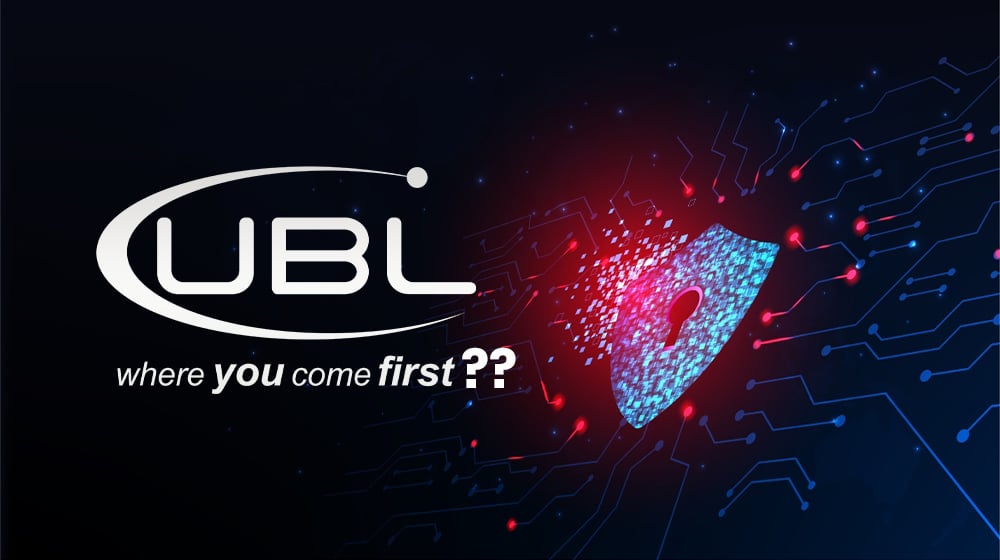 The customers of the United Bank Limited have found themselves clueless lately as they are receiving messages of fund transfers, bill payments or online purchases without their knowledge or consent.

Apparently, scores of the customers of one of the leading banks of Pakistan have complained that they have lost their money in the last couple of days as the banking services are facing a technical issue.

We do not know the reason behind such incidents, but strong speculation is that the UBL data got breached.

Another possible reason could be debit card hacking, which is done by hijacking ATM machines. In such instances, information on debit cards is duplicated when inserted into the machine. Key pins of the card are also stolen through key loggers installed and then these cards are used on the internet.

The aggrieved customers were briefed by the bank’s representatives that services are being faced with issues and that bank is trying hard to fix the issues.

Customers further reported that their cards were blocked on a temporary basis.

Informed sources told ProPakistani that UBL’s data has been compromised due to which these transactions happened. These claims were, however, not verified independently.

Many customers even took to Twitter and other platforms to discuss the issue.

The rep I talked to hinted that there may be some data compromise, got the card blocked and filed dispute. Told by UBL that they will investigate the matter further, it happened around Iftar time today, so lets see how they reply to it further.

Is @UBLDigital data hacked. I have been just charged 21 SAR multiple times despite having internet and international POS transactions not activated on my card. The cards was charged for some Google Pen ! #UBL #ScamAlert 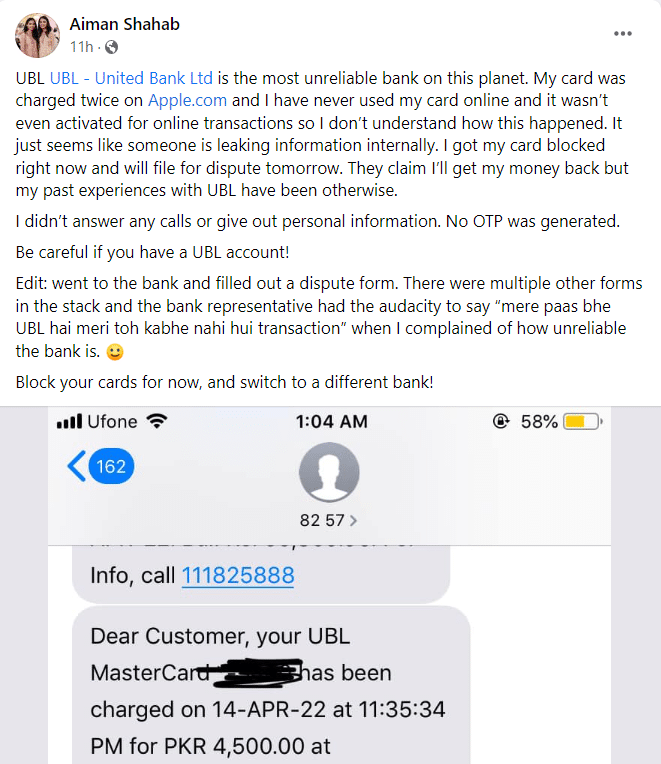 ProPakistani contacted a spokesman of United Bank Limited for their comments on this issue but they have not responded yet.

Since UBL hasn’t responded to our questions, neither it has updated its customers through social media, it is hard to ascertain the scope or type of damage done.

In the recent two years, as the use of digital banking has been increasing, the issues of data breaches have surfaced very frequently in Pakistan, despite the banking regulator and relevant ministry issuing a strict policy on cybersecurity.

Not only banks but various departments including the Federal Board of Revenue (FBR) and the Ministry of Finance have also faced data breaches in the past six months. Financial institutions in the public and private sectors should come up with a comprehensive strategy to protect their customers and systems from hacking attempts.