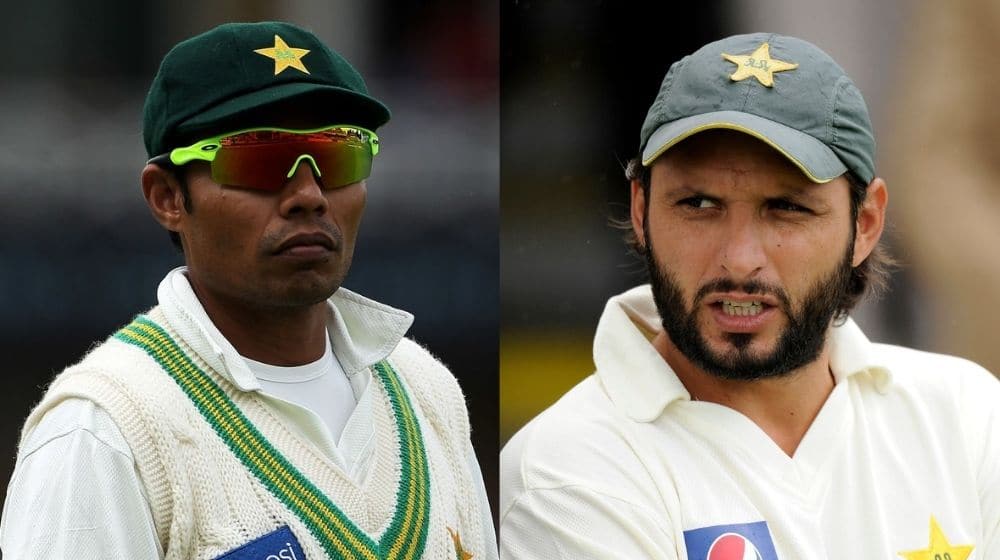 Former Pakistan leg-spinner, Danish Kaneria, has accused Shahid Afridi of trying to force him to convert to Islam. Kaneria revealed that he was ‘bullied’ by Shahid Afridi and the two were not on talking terms throughout his career.

Kaneria, while talking in an interview with an Indian TV channel, stated that Afridi had a terrible attitude towards him which hampered his chances of playing more international cricket. He added that Afridi’s attitude towards him was abysmal even during practice sessions of the national side. He said that he is unable to reveal the details of the abuse he received from Afridi on television.

He stated that Afridi was the superstar of the national side and was also the captain of his departmental team which also had a huge impact on Kaneria’s chances of playing regular cricket.

The 41-year-old said that Afridi would not select him in the domestic side which had an adverse impact on his chances of representing Pakistan and also playing county cricket.

Kaneria stated that he had to play first-class cricket in Pakistan regularly in order to secure a contract with a county side but Afridi refused to select him in the line-up on multiple occasions which resulted in him losing out on playing in the county cricket.

He further stated that he finally got a chance to play regular first-class cricket when Younis Khan was appointed the captain of his departmental side. He said that he played every match under Younis’ captaincy and was able to sign with a county team due to playing regular cricket and putting in impressive performances.

Former leg-spinner further added that he was fortunate that the rest of the squad members used to support him and no one else had an ill attitude towards him. He revealed that no player in the dressing room forced Mohammad Yousuf to convert to Islam and he too was not forced by anyone except for Afridi.