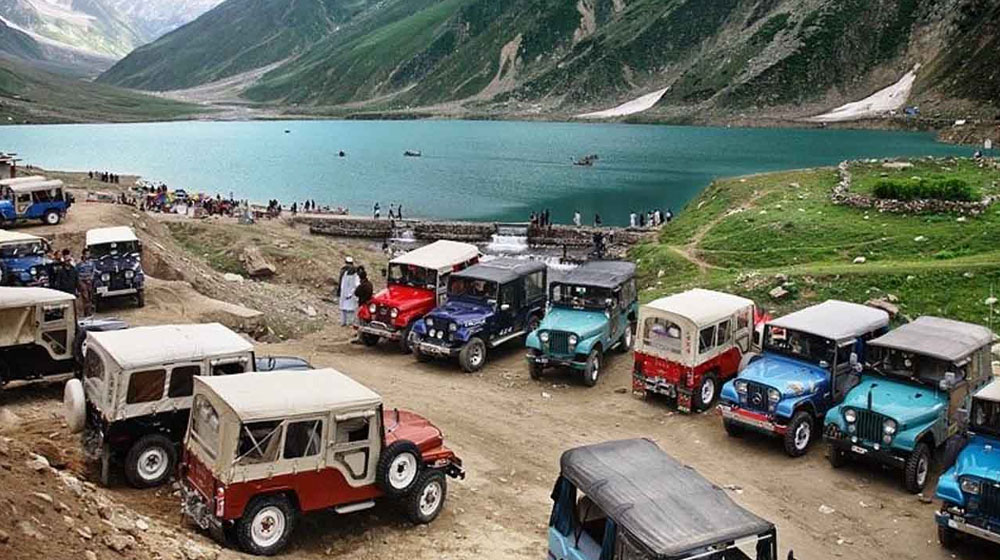 Thousands of tourists flocked to Lake Saiful Muluk during the Eid holidays after the Kaghan Development Authority (KDA) cleared the road leading to the lake after six months.

KDA Environmental Inspector, Muzammil Khan, told journalists on Thursday that it had “cut the mega glacier, which fell in way of the Saiful Muluk Lake and opened the road to traffic. Now the tourists, who have thronged the valley, could visit this fantasy place”.

Heavy snowfall in Kaghan Valley last October had led to the Mansehra-Naran-Jalkhad (MNJ) and Lake Road being blocked. MNJ Road, which connects Khyber Pakhtunkhwa with Gilgit-Baltistan, was opened to traffic beyond Battakundi last month, and now the road leading to Lake Saiful Muluk has also been reopened to traffic. This allowed tourists to Kaghan Valley during the Eid holidays to visit the lake.

Balakot Assistant Commissioner, Saddam Hussain Memon, paid a surprise visit to Naran and checked the traffic arrangements at MNJ Road and in the city.

“We have put heavy machinery on standby in the landslide-prone areas along MNJ Road in the entire valley for the safety of tourists,” he told journalists.